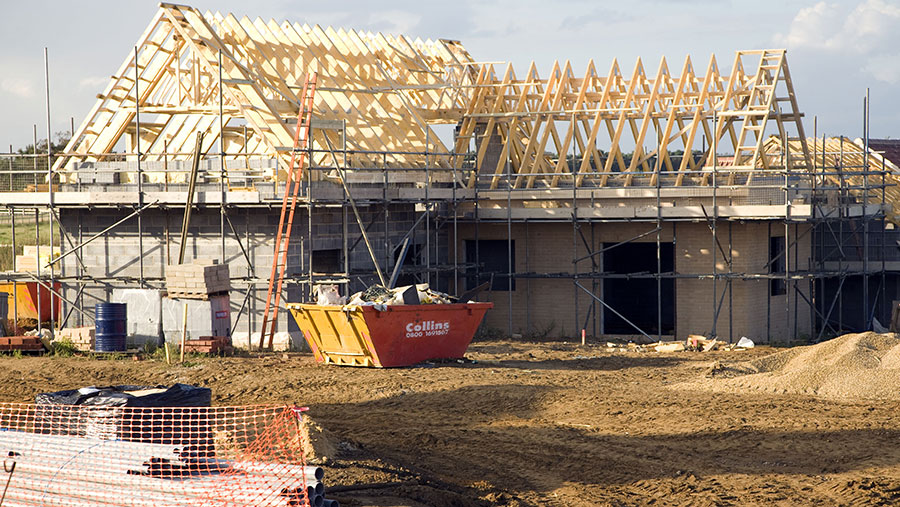 Last Wednesday at 5.30am, I sprung enthusiastically from my bed with a heart as blithe and limbs as light as those of a dairy farmer. I was heading to Manchester, a four-hour journey, for the Co-op’s Farming Conference.

There isn’t usually a lot of call for Matthew Naylor in the north-west of England; it was only the second time in my life I’ve been to Manchester. I chose a scenic route across the Pennines, put on BBC Radio 3 and immersed myself in the beautiful landscape.

I can see why you lot are always going on about sheep now. I wouldn’t want to grow gladioli on that sort of terrain but, wow, I would happily pay £20/hour for the joy of looking at it.

This bliss ended abruptly five miles from the city when I hit traffic. It took one and a half hours from that point to get parked. By the end, my throbbing bladder was practically looking out of the window and pointing at bushes by the side of the road.

The conference venue was close to Old Trafford so I had been optimistic that there would be loads of parking. There was. Unfortunately, Manchester United car park attendants are as discriminating as Saint Peter and only slightly less holy.

“Mate, I honestly don’t care what it costs,” I said plaintively to the third car park attendant of the morning. After four-and-a-half hours in the car without a comfort break, I am not above bribing people.

He paused as we both surveyed the six acres of empty tarmac stretching majestically in front of us. “The Reds” clearly pay their car park attendants as handsomely as their players.

I drove off, with my left foot on the throttle and right foot on the clutch, muttering rude thoughts about rich people who won’t grant the public access to their land.

Then it occurred to me that Coronation Street’s Mike Baldwin used to park his Jag on the street outside his factory and maybe that space was free now that all of our clothes are made by children in Sri Lanka.

Luckily before I reached The Rover’s Return, I found a small car park in one of those horrid places with a Frankie and Benny’s just a mile from where I needed to be. I was 10 minutes late for the conference. The smell of bacon rolls and coffee lingered in the air, but the platters were empty.

It is worth saying, in passing, that the Co-op conference included some very positive commitments for British farmers. If you are one of those farmers who complains about supermarkets and you don’t shop at one that sells British meat, then you are an idiot.

My main point, though, is a continuation of something that I wrote about last time. It’s my total disbelief at how congested city life is compared with my own.

How do city dwellers tolerate the wastefulness, noise and pollution of traffic jams and human crowding? Why, in the age of electronic connectivity, do people need to be crammed into urban spaces while rural towns and villages wither?