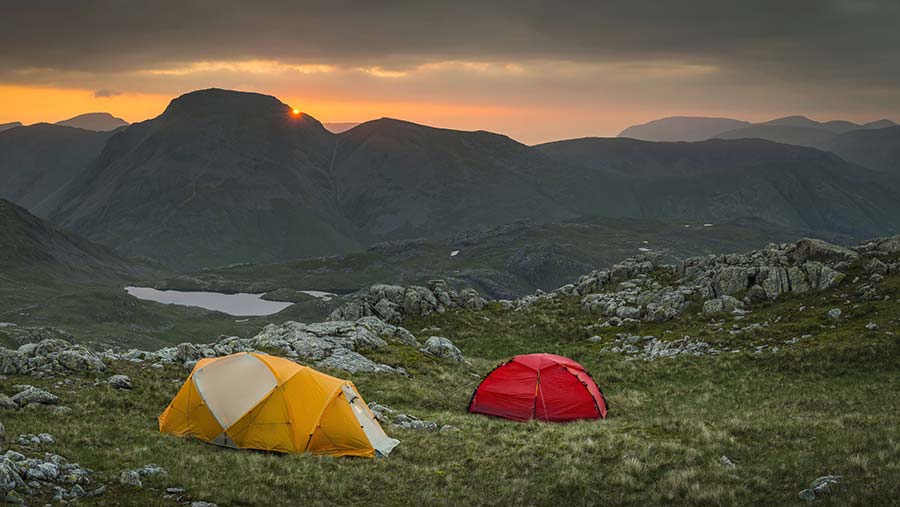 A young man I know told me the other day how he and his friends like to go out into the countryside.

They pack their rucksacks, drive to a Forestry Commission car park and set off on a public footpath, heading to a spot in a farmer’s field on the edge of the Downs.

They get out a disposable BBQ, cook up some sausages and burgers, and sit with a few beers as the sun goes down.

If you’re the sort that views this kind of unofficial access as akin to anarchy, I probably lost you already.

It won’t help to add that someone in the group gets the job of going back next day to pick up the now cooled BBQ.

Nor will it help to point out that, since the field is in stewardship, the owner is getting a reasonable slice of cash for it – I looked it up on MAGIC – so as taxpayers the trespassers might feel entitled to enjoy it.

Even increased lawful access – such as the English Coastal Path – polarises opinion between amenity and landowning interest groups.

Personally, I’m glad if some young people are out enjoying the countryside, not fighting outside a nightclub or sitting in front of a computer screen.

The problem is, any access is on a spectrum of impact, and the far end of that spectrum is very nasty indeed.

Take wild camping, legal in Scotland. Loch Lomond and the Trossachs national park have now banned wild camping along a big section of the loch over the summer months.

The reason? Litter and “anti-social behaviour” – a nicely bland term for a range of unspeakable human activity.

It seems that, for every 99 campers who take even a banana skin home, one is happy to strew litter and leave their own filth everywhere. That one person gets the rights of everyone else curtailed.

Closer to home, the rural South East lives cheek by jowl with an urban population, with some farms locked into what you can only call a kind of warfare with unwanted visitors.

The posh householders who leaves their hedge clippings in your field and walks their dogs everywhere is not that far removed from the tipper-truck driver who dumps a tonne of waste in your gateway, or the owner of the dog that savages your sheep flock.

This has nothing to do with access rights – the hard-won freedom to roam against entitlement to privacy and property. It’s the “I’ll do what I like” of the “me-first” society.

When someone farming in the South Downs National Park is reporting anti-social behaviour to the police on more than a weekly basis, you know something is wrong.

National Parks, countryside and landscape projects and others do their best to try to counter this tide.

Education programmes and warden and ranger services can influence behaviour, recruit eyes and ears to report incidents and interpret the working countryside to its urban neighbours.

Farming can also help – hosting school visits and with ventures such as Open Farm Sunday.

There are lots of obstacles to both enjoying and respecting the countryside, but increased access is a business opportunity too.

The boom in glamping and forest schools shows people want a close-to-nature experience, albeit a safe one, for themselves and their kids.

So if people want a mountain bike circuit or team building in the woods, give it to them.

Put down some metalled tracks, provide an all-terrain buggy, and your holiday property can be providing fantastic disabled access, as one farmer in the Peak District has shown. Now, what about providing a BBQ area with a view as well….