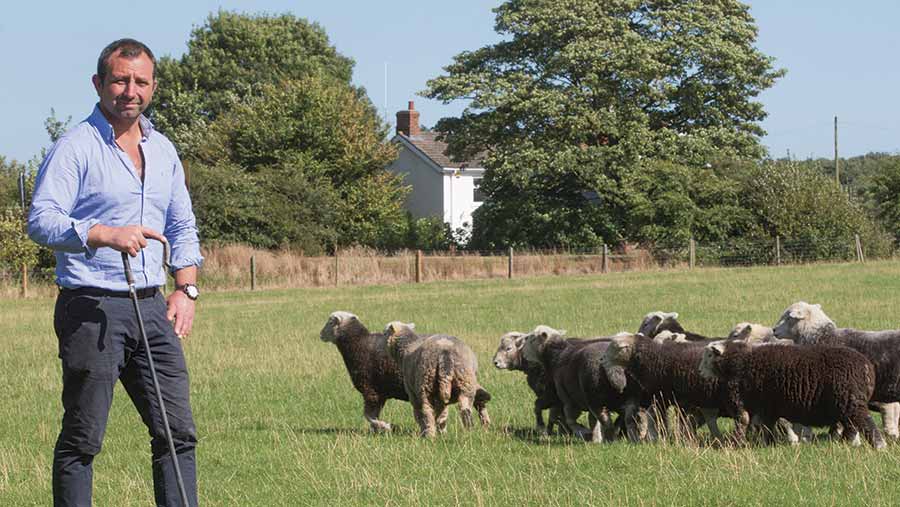 There has been an epidemic of livestock worrying and sheep attacks.

We might all aspire to the Biblical words “thou shall protect thy flock”, but it’s ever harder to achieve this in the face of such events.

It is about a year since I experienced a horrendous attack on 50 of my breeding ewes by a Doberman-cross dog.

Since then, there have been two more attacks – not as extreme, but still very stressful and damaging to my sheep and my pocket.

What has been done in the past year to stop this problem? Well, apart from a few new stickers and signs and lots of social media posts, not a lot.

There have been campaigns, which are to be applauded, but we have to get the message out to the non-farming audience.

To do this, we need hard-hitting adverts on prime-time TV, just before people take their dog out for the last walk of the evening. Ones like the graphic drink-driving adverts.

Maybe the good old NFU could organise this, lobbying Defra to fund it, instead of wasting thousands of pounds changing what ear tags sheep should wear this year.

One aspect that is all-too-often overlooked is the horrendous stress these attacks put on the sheep that survive and how this can drastically shorten their lifespan.

I’m interested in animal behaviour as a result of training young sheepdogs and I’ve come to the conclusion sheep are far from being stupid.

If a young sheepdog runs a bit wild on its sheep, they’ll remember for weeks and can instantly tell when that dog re-enters the training field, just as they can when their favourite, faithful, trained dog appears.

Sheep, like us, also have strong feelings. You may laugh at this, but a year ago, when mine were attacked, they were obviously traumatised and all huddled together in the middle of the field looking around anxiously after the incident.

The next day, when I went back to move them, they were still in the same position. Only when I entered the field did they spread out and start grazing, when they knew their shepherd was present and they were safe.

All three of my major dog attacks have been when the sheep have been behind electric fences; they’re definitely more at risk behind electric wire as a dog can easily skip under these without getting a shock and, of course, the sheep can then easily be pushed out on to a road.

If you’re expanding your enterprise, or even starting out, electric fencing is often the cheapest way to get started.

But it infuriates me the government gives out grants for stewardship to keep water voles and lapwings safe (not that I have anything against these creatures and am a big conservationist myself) – wouldn’t it be nice to have grants to put proper stock fencing up to protect one of the country’s main food sources?

All my attacks have also been at dusk. This is no coincidence either; this is when stock is at most risk.

This is the time of day we in the sheepdog trade would encourage a young dog to start going around sheep if it was a bit unsure of itself, because twilight triggers the dog’s natural instincts to seek its prey; in other words, chase sheep.

This is when a TV ad should be aired – just before the most popular dog-walking time.

I do have some sympathy with the public, though, because, if you are anything like me and age is starting to take its toll, you need your glasses to read the small print on some of the signs that have been produced.

This small print can also be confusing to the layperson, saying something like: “Keep your dog on a lead around stock, apart from if there are cows with calves, then take it off.”

Footpaths can also be a contributory factor. Many farmers have them running through our land – in a lot of cases, straight through the middle of fields.

I can see my late father shaking his head and saying: “Why do those ramblers want to walk across the middle of that field when there is a lovely sheltered walk around the margin next to the hedge with songbirds darting in and out of it?”

Regardless of the situation regarding sheep, dogs and their owners could be at risk on a footpath that crosses an arable field, as there could be sprays or slug pellets present.

Could not some of these paths be moved to the perimeter, which might be the safer route.

Some of the dogs that you see nowadays also worry me. A Labrador is bred to retrieve pheasants and a Collie is bred to round sheep up – but what about some of the other breeds?

I suppose it is all too easy to blame aggressive “types”, when nearly all breeds are capable of aggression.

It is more to do with how responsible the owner is. It always amazes me when people let a dog leave their sight – you wouldn’t let a toddler do this.

Perhaps people keeping some of the breeds with more prone to aggression or capable of causing harm should be made to have paperwork with them, such as how you need a firearms certificate (this would be for the safety of humans, as well as sheep).

Getting back to my hard-hitting prime-time TV advert suggestion – I’m not sure we’ll even need an actor.

All we need is a miserable looking farmer. I’d be happy to help and reckon I’d fit the bill perfectly. After all, I’ve just been told my BPS has been further delayed.