As I write this, last week’s Farmers Weekly is still inside the plastic wrapper it came in. It’s somewhere in the stack of other unopened mail that is piled up at the end of our kitchen table.

Personal hygiene has also been allowed to slip recently. I can’t quite recall the last time I had a shower. However, that has largely gone unnoticed because Her Outdoors has not had a shower for quite some time either. 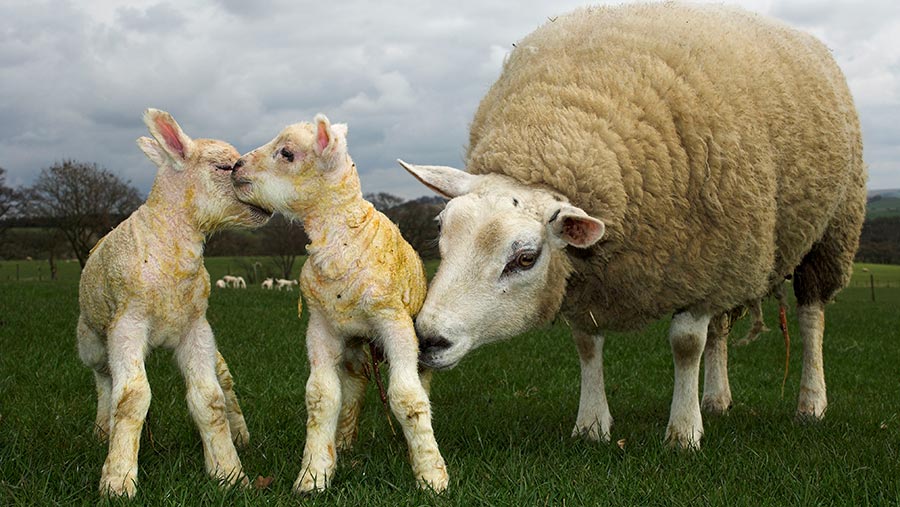 It may sound as if we have hit the skids at Airyolland farm, but fear not. Everything was put to one side while our artificially inseminated pedigree Beltex ewes were having their lambs.

See also: Let’s get the haggis back on American tables

They get round-the-clock attention at this time of year and to cap it all, we had a school visit a few days after the ewes finished lambing. Or at least we thought they had finished lambing.

A shearling ewe that was out of sync with the others did us all proud and produced a lamb as the P4/5 pupils from Rephad School in Stranraer looked on in wonder and amazement. The lamb took what seemed like forever to take its first gasp and burst into life.

Even the driver of the school bus was on hand with advice. He could tell me that he used to work in an abattoir before he started driving the school bus. I suspect there will be no messing about on his bus.

The ewe needed a little bit of assistance to have the lamb. In fact, only four or possibly five of the 180 lambs that have been born here over the past few days were unattended.

Beltex are bred to be small and extreme. If they pop out for fun then we tend to think we are doing something wrong.

Of course, you could not possibly farm pedigree Beltex sheep in large numbers. It’s a job for “anoraks” like me and Her Outdoors who enjoy the challenge.

However, we think it is worth taking trouble to keep Beltex sheep, as there is huge market demand for Beltex-sired lambs.

The relatively small terminal sire produces a lamb that larger commercial ewes can, and do, spit out for fun. But, crucially, the lambs will grow up to be the size and conformation the market craves.

I think this is something that is being overlooked in all the hype about trade deals after Brexit.

No matter what trade deals will be struck in the future, there will need to be genuine demand for the lamb the UK is producing. Unless our product is superior in some way to what our competitors are producing, there will be a price race to the bottom which we will undoubtedly lose.

Our young people are being led down the garden path by what is presented by some advisers as being modern, progressive thinking. Churning out huge amounts of mediocre product a hectare by using methodology that has been developed by our competitors is the road to ruin; it is certainly not progressive.

The kids who are coming into sheep farming should be taken on a bus trip round all the great livestock markets in northern England.

They should see for themselves the high quality of the lambs that the truly progressive sheep farmers are presenting week after week in those markets.

Last year I went on a trip to Wigton mart in Cumbria because I had been amazed when I read the prices that lambs were making there. Once there, I discovered that the prices were completely justified. The quality of the lambs I saw going through that market just blew me away.

We need the world to be blown away by the quality of the lamb the UK is producing if we are ever going to survive.