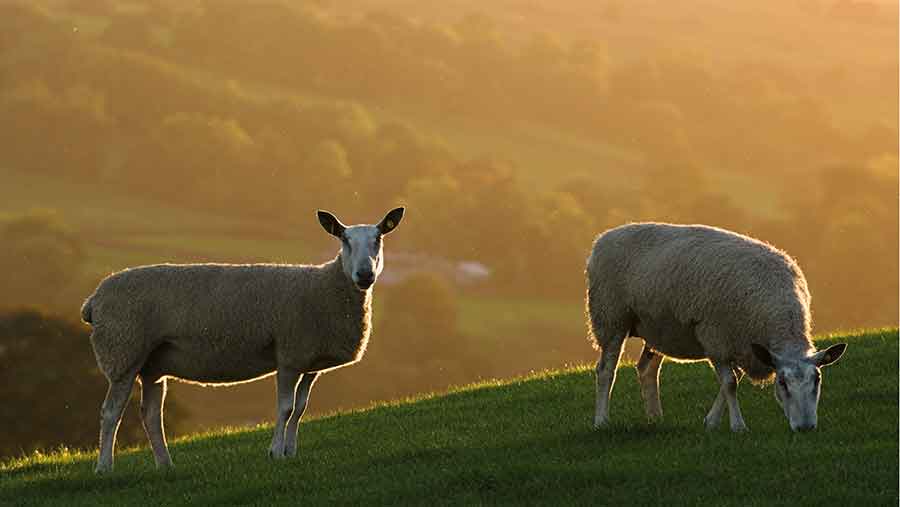 There is a scene from an old-style Western being played out in Argyll at the moment. Out in the “Wild West” the peaceful farmers are being bullied by the rich newcomers, but sadly, Clint Eastwood is nowhere to be seen.

Gunslingers have now been hired by the rich folks and they’ve been told to shoot any pesky troublemakers.

It all started a few years back when the Forester gang (also known as the Forestry Commission) pulled their wagons into town. They’re a slick outfit, rich and powerful. They used their money to tempt some of the farmers to sell their land.

The Forester gang staked their claim and planted trees. The farmers who held out and wouldn’t sell to the Forester boys had no choice in the matter. A fence was put up beside their property where there had never been a fence before.

The farmers’ hefts of sheep, which had been there for hundreds of years before the Foresters showed up, didn’t need fences to keep them in place.

The hefting behaviour was ingrained into the psyche of their sheep. Every sheep knew its home on the range and there were very rarely any strays to round up.

The boundaries that divided the land before the Foresters came were invisible, sustainable, carbon neutral, environmentally friendly, aesthetically pleasing and an intrinsic part of Scotland’s heritage. And, best of all, they would never rot nor rust.

But, the farmers were naïve. They had no experience of the Forester gang. They didn’t understand that this new fence would eventually lead to the corruption of their flocks’ hefting instinct. They didn’t know that the value of their sheep would be completely destroyed if they were ever allowed to cross the Forester gang’s fence.

So, the years rolled on. The Forester gang beavered away and diligently maintained their new fence.

However, once their trees became too tall for the farmer’s sheep to be a threat to them, the Forester boys seemed to lose interest in their fence.

Holes started to appear and, one by one, their neighbours’ sheep were tempted to push their way into the conifer maze.

Once inside the sheep became confused and their hefting instincts were completely erased from their minds. Even if the farmers could get their ewes back out of the trees, the damage was already done. Their ewes were now worthless rakes that would spend their days teaching other sheep to become worthless rakes.

The Forester gang wasn’t bothered by this at all – until the day came when the lumber company arrived and they cashed in their trees. Now they wanted to plant new trees to make yet more money.

That’s when the trouble really started.

The sheep, which had set up camp on the Foresters’ land, began to look like a real problem. Not only would they eat new saplings, they were also living proof that the Forester boys had not maintained their fence.

The Forester gang knew that, even if they chased these darned settlers off their land, they would just come back through the holes in their fence and eat their profits.

So, the Forester gang has decided to “take care” of the sheep in a very special way. They’ve hired gunmen to shoot them and dispose of their bodies.

The sheep farmers are losing a fortune and the Forester gang are laughing all the way to the bank.  In true Clint Eastwood style, has the time not come for NFU Scotland to get down off their mule, and help the sheep farmers to stop them laughing?