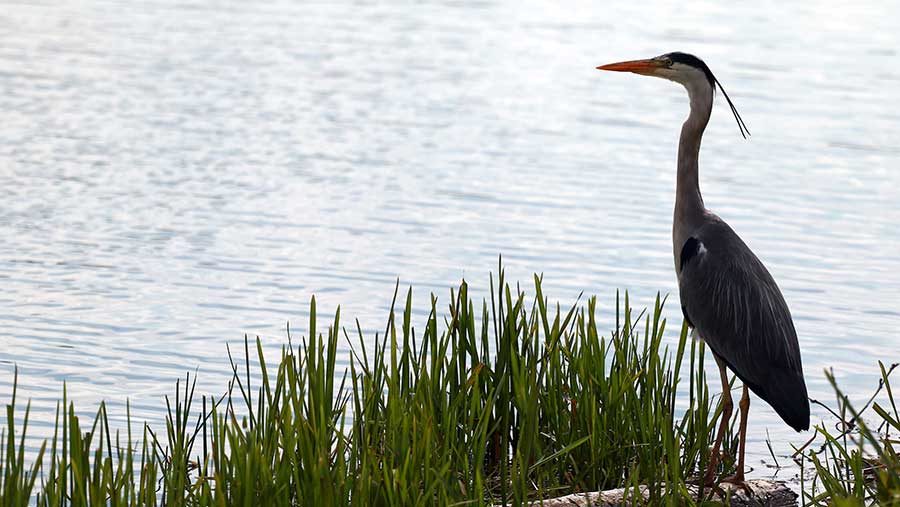 The heatwave saw me don my trunks (part neoprene, part cordoroy) to venture down to the farm reservoir for a spot of wild swimming.

When I say “wild swimming”, I’m not making some reference to my overexuberant flailing backstroke technique. Wild swimming is the trendy term for taking a dip in natural water features such as lakes and rivers, as opposed to the heated, chlorinated pools found in leisure centres.

No doubt the hipsters will soon be inventing new wild words for other indoor activities that can be undertaken outdoors – there’s one that comes to mind that’s rumoured to kick off outdoors on the first of May.

But no more detail is needed here, other than to say modesty prevents me from describing what can be found going on in my wheat fields on the outskirts of Clacton-on-sea – and rest assured it’s not Teresa May skipping around.

Anyway – back to the topic of wild swimming. I’m conscious that doing it in farm reservoirs is not without risks that need to be taken seriously.

There is also always the threat of Weil’s disease, which you can’t do much about other than be aware if you start displaying the symptoms you need to quickly consult a doctor. Weil’s disease becomes much more dangerous the longer you leave it untreated.

But generally, the good news is wild swimming is becoming safer because our rivers and waterways are becoming cleaner.

I was reading an article by an aficionado of the practice, Caitlin James, about the Thames where she noted how it was strange we are more worried about pollution now, given the Thames is actually the cleanest it’s been in living memory.

This was rather in contrast to Chris Packham, who was up to his usual polemics on BBC Springwatch the other day, banging on about how horribly polluted our rivers are and how agriculture was largely to blame.

With people like Mr Packham given the liberty of the BBC to broadcast his opinions as facts, it’s no surprise people are sometimes unnecessarily worried.

As we know, Chris Packham doesn’t always get it right, as when he tweeted his concerns about the legal shooting of lapwings – something that doesn’t actually exist.

So maybe Mr Packham will in future make some “clarification” about how our rivers are actually getting cleaner.

Hopefully he might also acknowledge the huge improvements made by farmers in the past 30 years in keeping pollutants out of waterways.

Many farmers are adamant that sewage treatment works and unlawful discharges from domestic dwellings are the real offenders when it comes to unwanted feculence and it’s high time the Environment Agency cracked down on them.

I’m convinced one key way we have tidied up our act as farmers in recent decades is by having unfarmed margins around our fields, particularly next to watercourses.

It’s an obvious way to help keep muck, fertiliser and pesticide out of ditches and streams.

It worries me slightly that with thousands of us coming out of ELS schemes, many may be tempted to go back to farming too close to the edge.

Surely it would be much better to keep these buffer strips in place by using them to make up our ecological focus area requirements. Now is not the time to increase the risk of farmers being blamed for dirty rivers and ponds through bad practice.