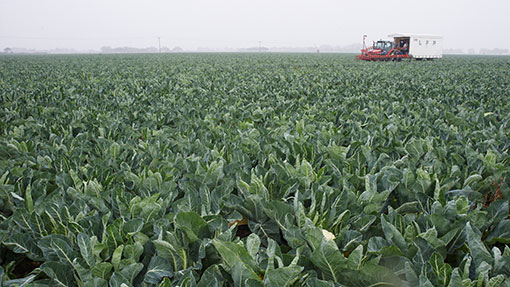 The amount of land in organic production across Europe has grown by about 5m ha over the past decade, according to latest figures from the European Union.

A study which looked at organic production across the EU over the past decade found that the it’s organic sector grew by about 500,000ha a year, with 9.6m ha of land – or 5.4% of the total farmed area – in organic production by 2011.

The report, The rapid growth of EU organic farming, found that organic agriculture grew by about 13% a year between 2002 and 2011.

And while organic farms only account for 1.6% of the total number of farms in the EU, the number increased by tenfold between 2003 and 2010.

Permanent pasture accounted for the largest share of organic farming, with 45% of land used for grazing, the report said.

The UK had some of the largest number of organic producers, along with other “older” member states – those who joined before 2004 – such as France, Italy and Germany.

According to the figures, more than 80% of organic holdings and 78% of land used for organic production were in these older states.

But the union’s 12 newer states, such as Poland, Czech Republic and Latvia, were also seeing significant growth in the sector.

The report said the reform of the CAP aimed to offer better support to producers who wanted to convert to organic.

“This new legal framework aims to encourage farmers’ participation in organic farming, thus responding to society’s increasing demands for the use of environmentally friendly farm practices and for high animal welfare standards,” it added.