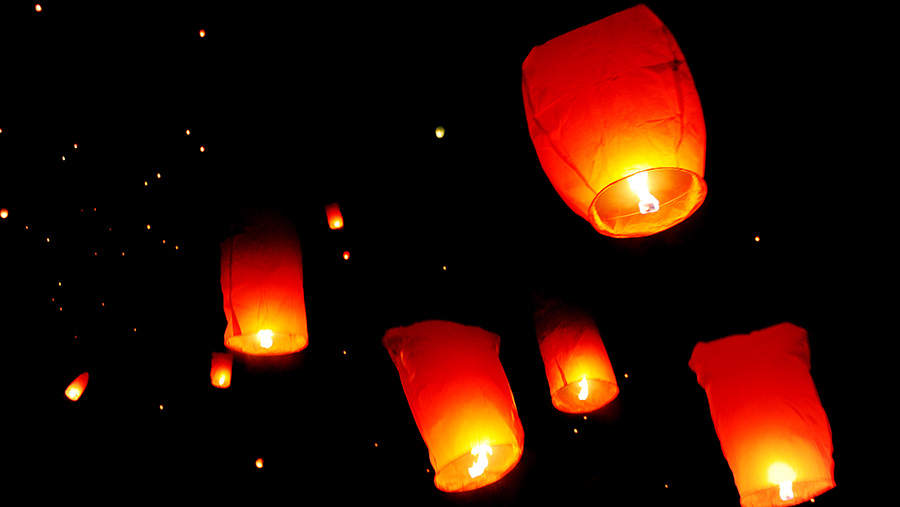 West Oxfordshire District Council cabinet members have voted to back a proposal to ban the release of sky lanterns and helium balloons from its land.

At the meeting on 10 January it was recommended that the release of balloons and sky lanterns be banned on land owned or controlled by the council.

Officers will contact town and parish councils in the district asking them to introduce the policy on their land.

Cllr Toby Morris, deputy leader of the council, said: “There is growing evidence of the dangers to wildlife and the environment presented by the use of these apparently harmless items, the use of which has grown in recent years.

“We are sending a statement that highlights these risks and hope residents will follow our example and prevent their use.”

Many local authorities have already made the decision to ban sky lanterns over concerns they pose a fire risk and a safety risk for animals once they land.

The NFU is actively encouraging councils to ban sky lanterns. Rupert Weaver from the NFU land management team, said: “The wire used in the lanterns could catch around an animal’s leg or neck and lead to amputation or strangulation.

“The debris landing in fields can cause stomach perforations if the livestock ingests it. Even the so-called biodegradable lanterns could take up to 10 years to biodegrade.

“As well as the safety risks, most people don’t realise the litter nuisance it causes for farmers. It’s never the people who let the lanterns go who end up picking up the litter. The farmer has to be extremely thorough to be sure they have collected everything.”

The CLA also believe the lanterns are “bad news”. Tim Breitmeyer, CLA president, said: “We don’t want to spoil people’s fun, but these lanterns are bad news. They pose a fire risk and can be fatal for animals.

“Releasing a naked flame with absolutely no control over where it will land is a serious threat to rural businesses, livestock, wildlife and the environment. It also creates unnecessary litter.

“With the support of England’s national parks and an increasing number of local authorities banning the release of lanterns from council-owned land, we hope the government will take note of a growing desire to see the use of these flying bonfires banned outright.”

More than 50 councils in England and more than 20 in Wales have already banned sky lanterns, according to data collated by the NFU.