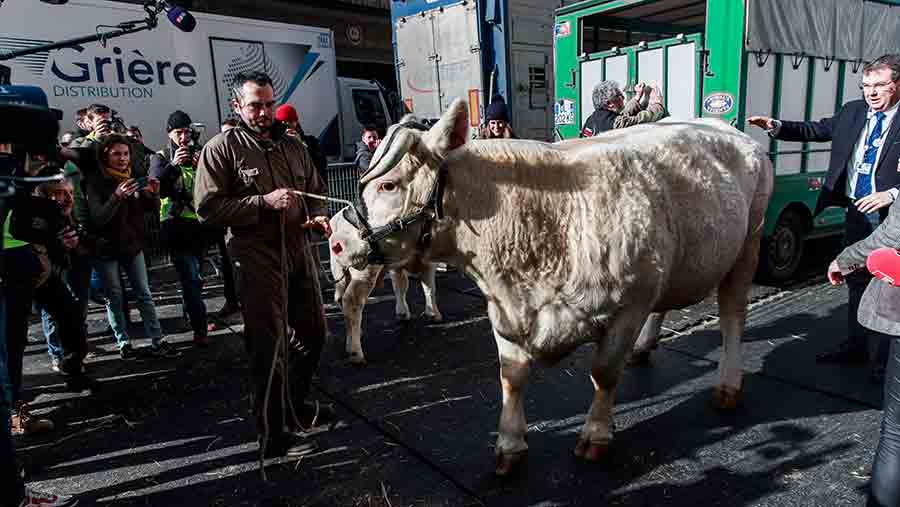 France’s most famous agriculture show has been closed a day earlier amid the coronavirus outbreak.

The final day of the International Agricultural Show (IAS) at the Paris Parc des Expositions on Sunday 1 March was cancelled after the country’s total number of coronavirus cases rose to 100 people, including two deaths.

The 57th edition of the show was themed “Agriculture welcomes you with open arms”.

But organisers had to cancel the final day after the French government introduced health security measures banning all large indoor gatherings of more than 5,000 people, in an effort to slow the spread of the country’s coronavirus outbreak.

In a statement on Twitter, Salon Agriculture said: “Following the government and health authority’s decision, every [indoor] gathering of 5,000 people is banned.

“The show will, therefore, close this evening, Saturday 29 February, at 7pm and not reopen its doors tomorrow, following the recommendations and decisions of public powers.”

The organisers said they would reimburse anyone who had bought advance tickets for Sunday’s show. Further details will be announced soon.

In the UK, the number of coronavirus cases rose to 40 on Monday 2 March. The government is monitoring the developing issue of the coronavirus.

Prime minister Boris Johnson said on Monday that the spread of the disease now looks “likely”, but he added that people “should go about their business in the usual way”.

If the virus spreads in the UK over the coming months and the government was forced to introduce similar restrictions to France, it could threaten agricultural show dates and conferences here.