Londoners have been urged to “Back British Farming”, with a specially branded tractor and pea harvester joining the annual Lord Mayor’s Show in the City of London last weekend.

The farming representation in the parade – now in its 801st year – was organised by the Worshipful Company of Farmers, backed by the NFU, and was the culmination of the sector’s push this year to “celebrate Great British food”. 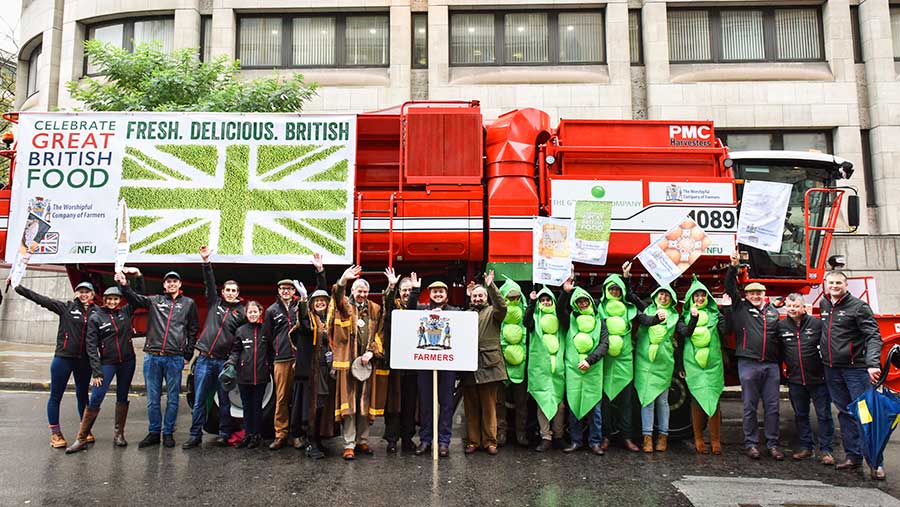 “We have a great story to tell, so the parade is the perfect platform to celebrate and promote British farming,” said NFU president Meurig Raymond.

“It is an industry strategically important to our country – one that grows and produces the raw ingredients for the UK’s largest manufacturing industry, food and drink, worth £108bn to the UK economy. 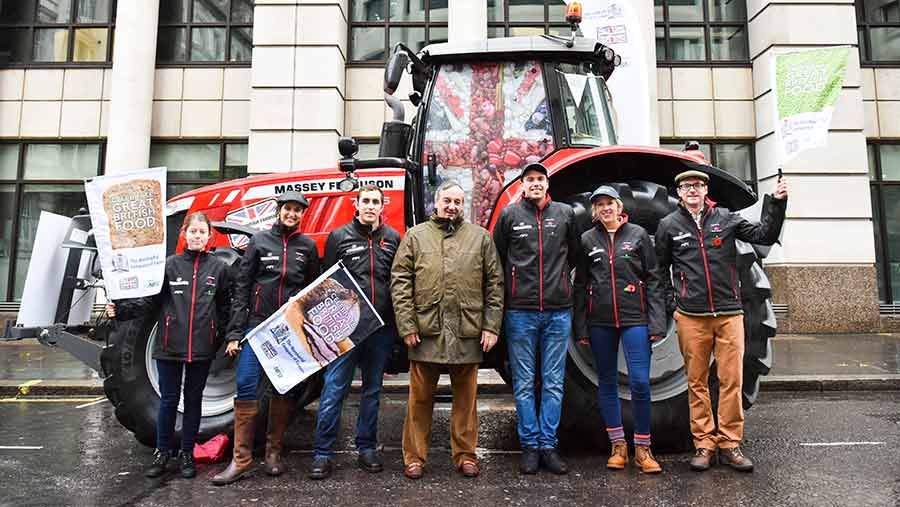 The procession, which took place despite heavy rain, included 6,500 participants, 180 horses, 20 marching bands and a tank.