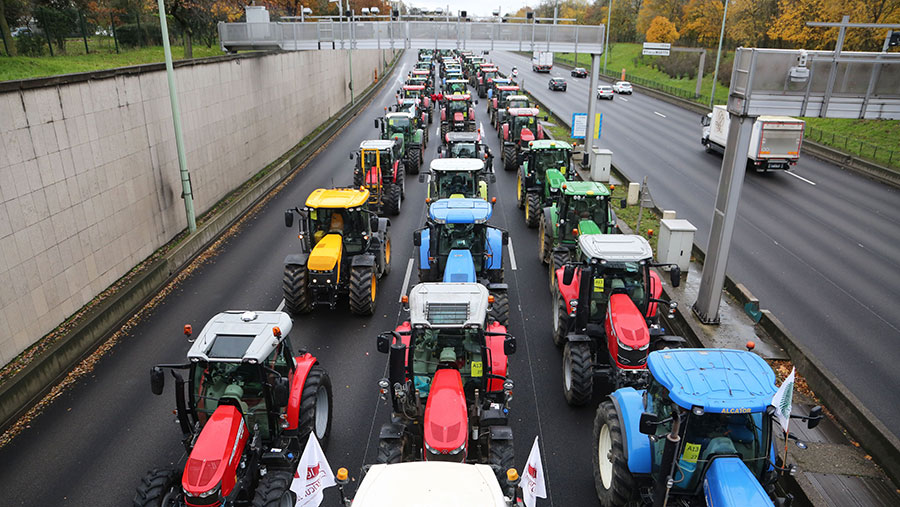 Thousands of angry French farmers drove their tractors into Paris to protest against low prices and “anti-farming” government policies.

More than 1,000 tractors headed into the capital from across France on Wednesday (27 November).

French farming unions FNSEA and Jeunes Agriculteurs (Young Farmers) co-ordinated the demonstration in response to “agri-bashing” from campaign groups, the media and the French government.

Farmers dumped hay across the Avenue des Champs-Élysées and blocked roads headed towards the Place de la Concorde. Tractors carried banners saying: “We feed you, but we are dying”, “France, do you want farmers, or not?” and “Macron: Answer us! Save your farmers.” 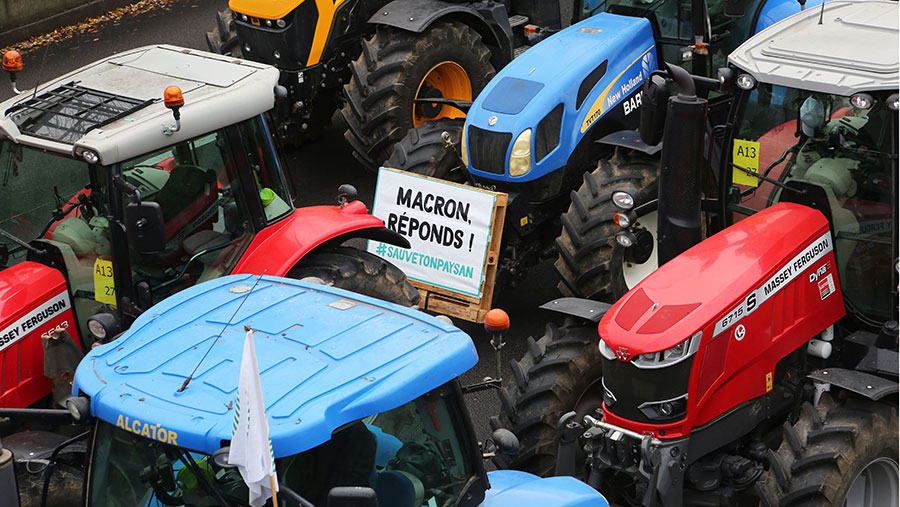 An FNSEA spokesman said the protests were conducted “in an exemplary manner”.

It also mirrored a similar blockade carried out by Irish farmers in Dublin on Wednesday against low beef prices, although the demonstrations were not linked.

Protests were also staged across France in Lyon, Clermont-Ferrand, Tours and other French cities.

French farmers are angry with French president Emmanuel Macron about multiple issues, from animal welfare and pesticide use to environmental protections. 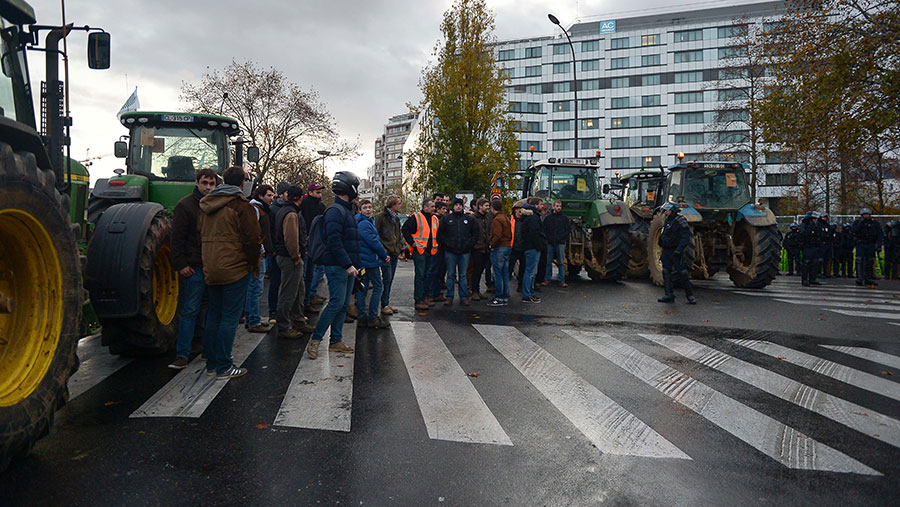 Mr Macron is pushing for a ban on the weedkiller glyphosate by 2021, but farmers say there are no viable alternatives.

Farmers also fear a trade deal between the EU and the Mercosur bloc of South American countries will flood the markets with cheap agricultural imports, which threaten their viability.

In addition, they say Mr Macron’s food law “loi Egalim”, which aims to give farmers fairer prices, has failed to make much difference to their revenues.

Arnaud Gaillot, dairy farmer and secretary general of Jeunes Agriculteurs, said: “Farmers are tired of being criticised; being assaulted when so much progress has been made and their situation is difficult.

“It must stop and our professionalism must be recognised.”

FNSEA and Jeunes Agriculteurs called off the protests after Mr Macron and agricultural ministers agreed to meet their representatives for talks next Tuesday (3 December) to discuss the issues.