Rose and Keith Holman, who farm at Burton Overy, found the grisly remains of their sheep strewn across four different fields and floating in ditches.

Their grassland farm on the edge of the village is home to the couple’s flock of 100 mixed lowland sheep breeds.

Mrs Holman said: “The first sheep I found was my 13-year-old ewe which I’d reared from a cade lamb and which had won prizes at our local show in the past. 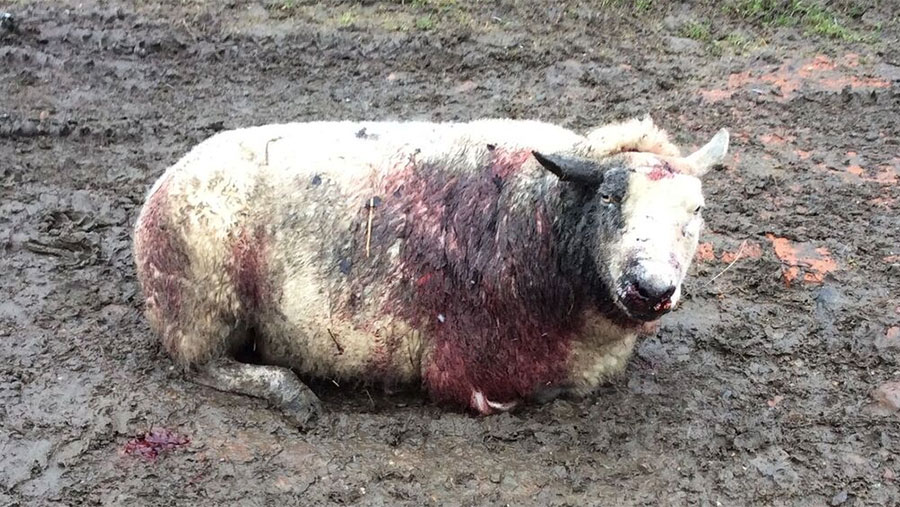 “The others were found across four different fields, in ditches and floating in the stream. I couldn’t believe my eyes, it’s just awful.

“My heart aches to think of the terror these sheep must have felt as they were chased across the farm.

“Their injuries are horrific, some had chunks torn out of their throats and backs, others limping with injuries to their legs. The flock was just scattered.” 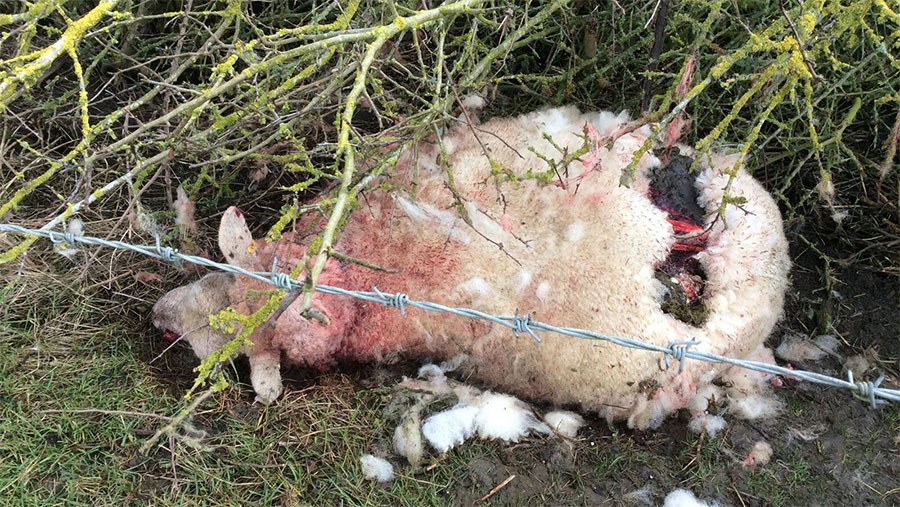 Mr Holman said five sheep were mutilated and killed by the dogs, with two further animals euthanised due to their injuries.

He added: “We have two more that have nasty injuries to their faces and legs and are getting veterinary treatment.”

The incident happened during the night of 9-10 February. 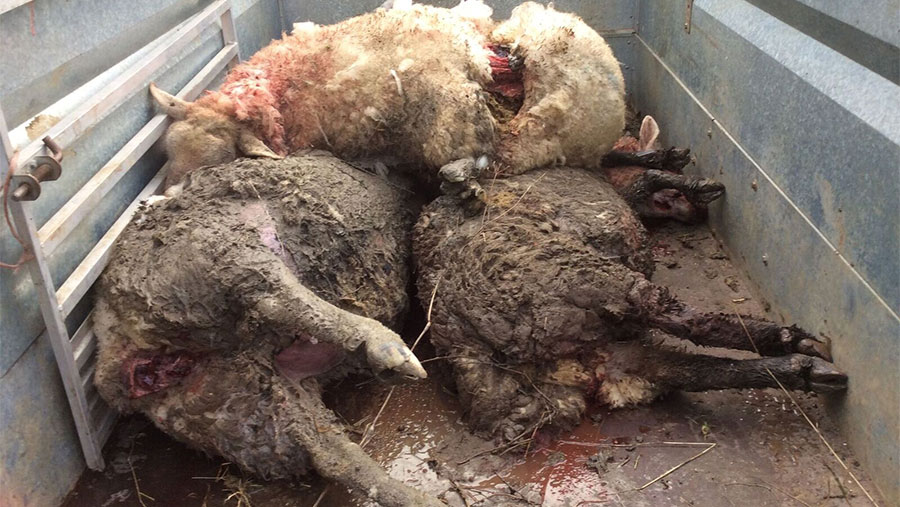 The dogs also rampaged through neighbouring farms, including their neighbour’s farm, where they got into the shed housing his 150 pregnant ewes.

Other farms around the village were also terrorised by the dogs.

NFU county adviser Simon Fisher said: “Mr and Mrs Holman have taken these horrific photographs of their mutilated sheep to show just how brutal a dog attack can be.

“Someone’s family pets have done this – sheep worrying is becoming an increasingly frequent occurrence for our farmers.” 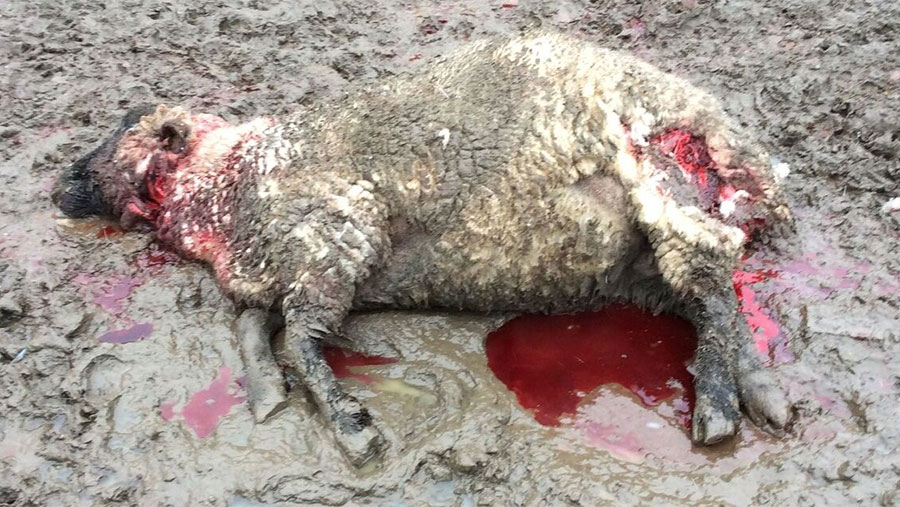 Recent statistics from rural insurer NFU Mutual show the reported cost of dog attacks on livestock rose by nearly 50% across the UK in 2016.

The total annual cost to the industry is estimated at £1.4m.

Mr Fisher said: “The awful injuries suffered by the Holmans’ sheep were caused by a dog or dogs rampaging through several farms overnight.

“It is not acceptable and has caused pain and suffering to the sheep and considerable stress to the farmers.”

The NFU is urging farmers to display yellow NFU warning signs that ask walkers to keep dogs under control at all times near livestock.

The Countryside Code advises dog owners to keep their dogs under close control near livestock, but Mr Fisher said this should be extended to keeping dogs on a lead at all times.

“Mr and Mrs Holman’s situation is not an isolated case. Dogs can turn into killers, so please keep them by your side when you’re walking in the countryside.

“Even if you can’t see sheep or other livestock, they may be in a nearby field and your dog could run off and be among them in seconds.

“And at night, make sure your dog is with you and can’t escape.”