Scores of French farmers barricaded roads and motorways on Wednesday (8 February) in protest against a planned reduction in EU farm subsidies.

The producers from the Occitanie region in the south-west of France blocked roads with hay bales, farm waste and flaming tyres around France’s fourth city, Toulouse, and the nearby town of Montauban. 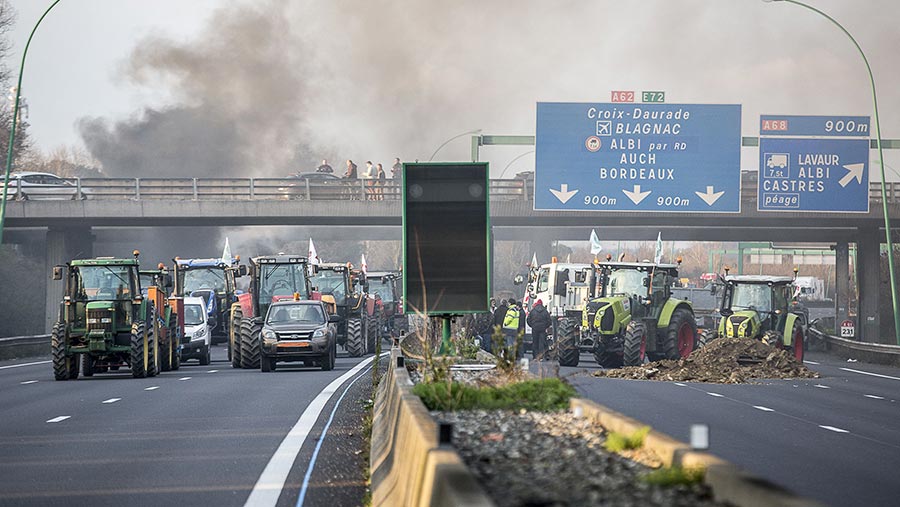 A railway line between Toulouse and Narbonne was also blocked, along with several main roads around the city as motorists were urged to avoid the area. 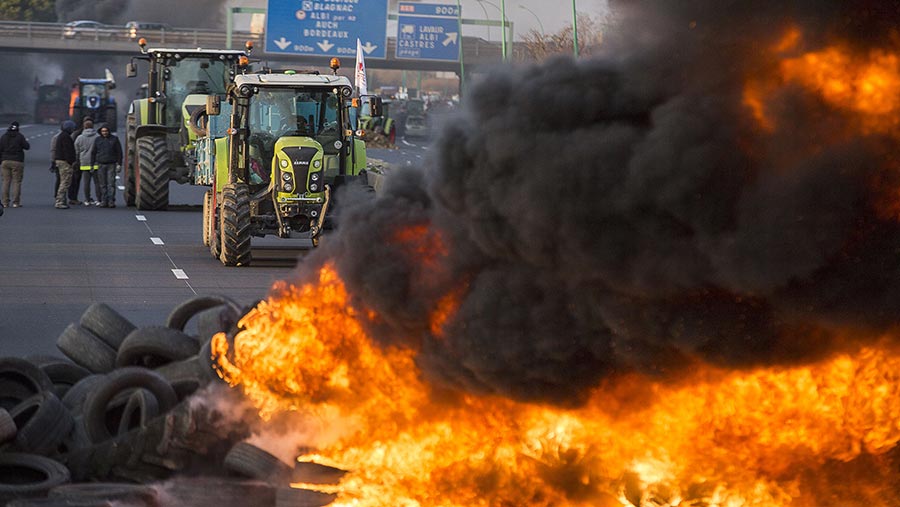 The unrest is a result of government plans to reduce the number of “deprived” areas that receive agricultural subsidies by about 100, which farmers claim would reduce their income by as much as €7,000/year (£6,148/year).

Producers in the Occitanie region feel they will be among the worst affected if the government slashes their support payments. 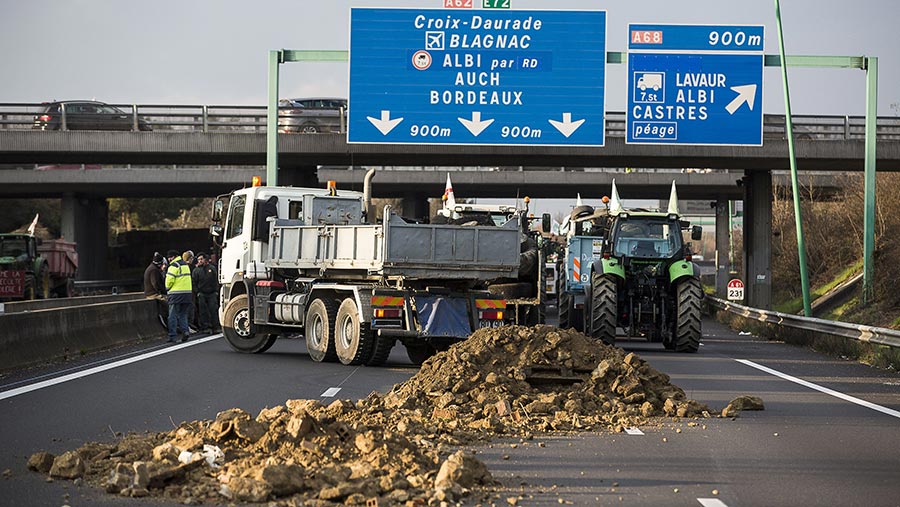 “We know that the minister’s statement will not be very good for us and things are going to get worse,” said a producer talking to Agence-France Presse.

He added, “But the farmers have nothing to lose – this is a movement that can become violent. We do not know how far it can go.” 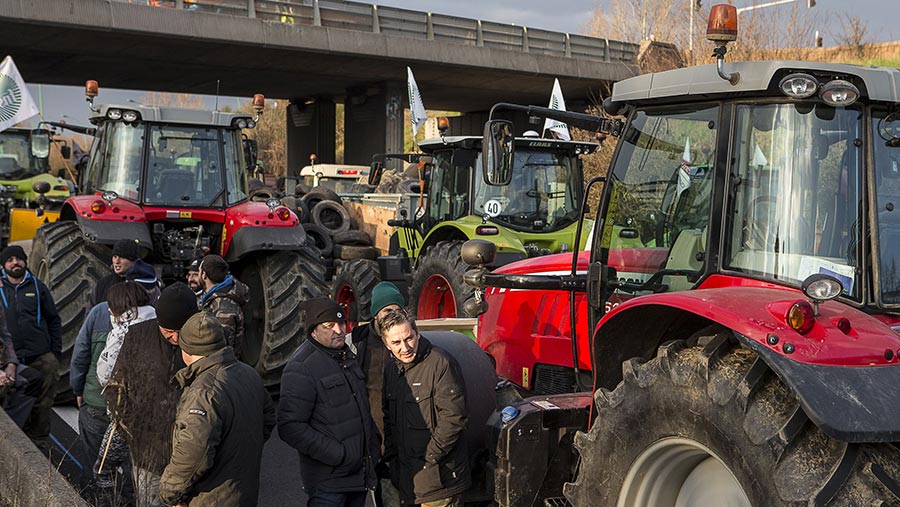 A statement from the French farmers union, the Fédération nationale des syndicats d’exploitants agricoles (FNSEA) told the government to stop procrastinating and live up to its financial commitments.

The union added that farmers could not be used as a variable in fiscal adjustment.

“These are territories which are shutting down, which are going to become deserted, villages that are going to die. This is more like civil war than a protest,” said union representative Sophie Maniago in an interview with website thelocal.fr.

If the proposals are voted in on 15 February, a new plan could go ahead as early as the spring.

Despite huge tailbacks, the French public remained largely sympathetic towards the farmer protests, according to French media. 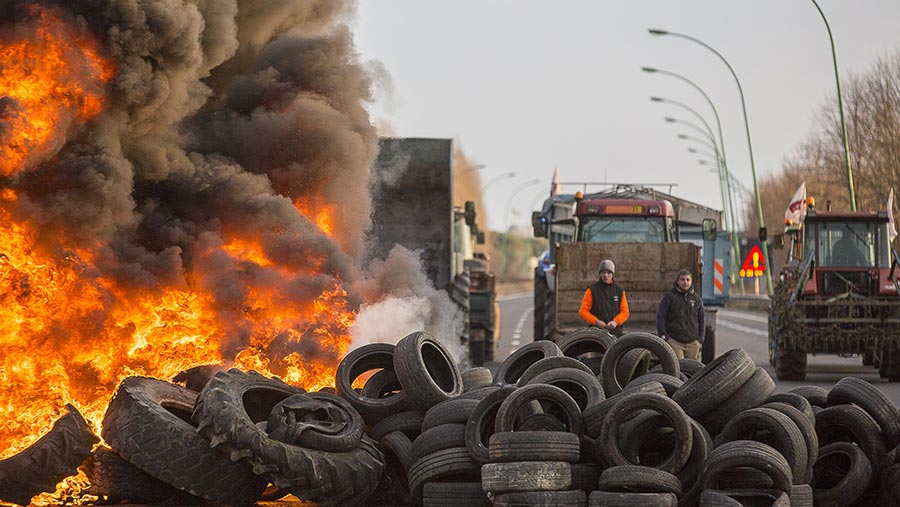 This is the second time French farmers in the region have protested against these proposals. The French press reported farmers were setting fire to tyres, palets and hay as well as grilling sausages on the motorway, leaving the roadways around Toulouse in chaos.