Police and fire crews have issued a warning after a spate of arson attacks across farmland in Shropshire.

The most recent suspected arson attack took place on farmland in Wistanswick, Market Drayton, shortly before 4am on Tuesday (1 November).

Police believe a barn, which contained 600t of straw and two stacks of straw in a field were deliberately set alight. 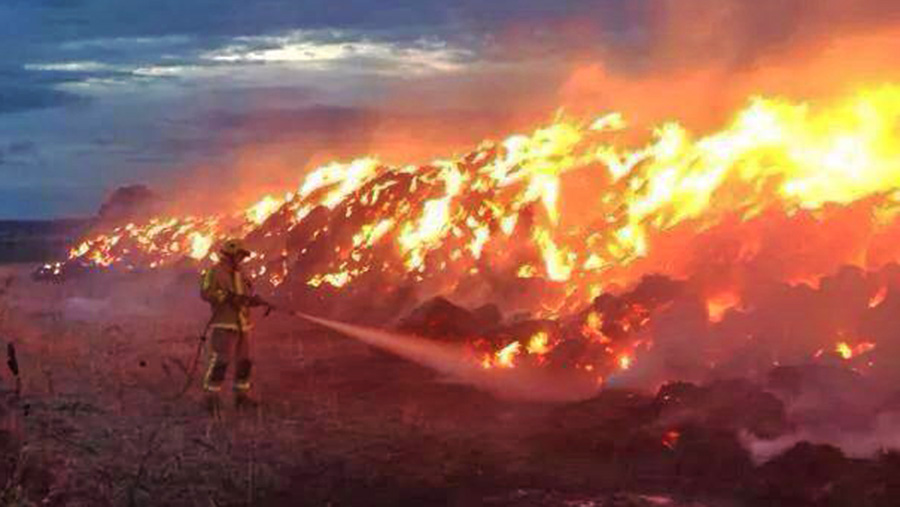 Twelve firefighters from Shropshire Fire and Rescue Service were called to tackle the fires.

Detectives from West Mercia Police are also investigating other suspected arson attacks on farms in the area over the past three months.

On Friday 28 October, 6t of silage was torched on farmland in Cheswardine, Market Drayton.

Two stacks of straw were set on fire at a farm in Rosehill, Market Drayton on Saturday 22 October. 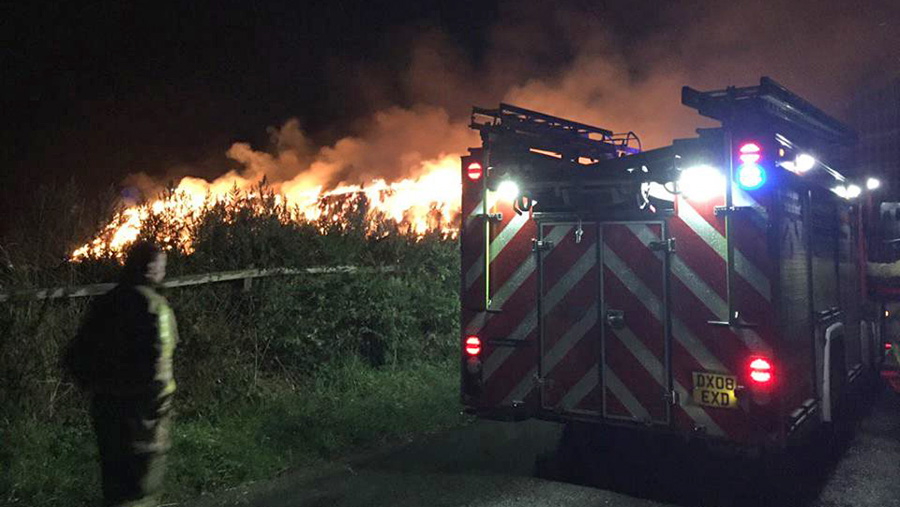 And three large stacks of straw were torched in Uffington, Shrewsbury on Sunday 16 October.

In September, 800t of baled straw went up in smoke on a farm in Crudgington and 300t of straw were torched at Hodnet, near Market Drayton.

This followed straw fires in the Market Drayton area in late August.

Detectives believe the incidents may be linked and they are seeking information to catch those responsible.

“We have increased patrols in the area and are thoroughly investigating these offences.

“We would urge anyone thinking about starting a fire to think about the consequences before lighting a match.”

NFU West Midlands spokesman Oliver Cartwright said the union was very concerned about the rise in deliberate incidents of arson over the past couple of months.

He added: “Arson is lethal and puts farmers and their stock at great risk as well as destroying buildings, feedstuffs and machinery, which can bring a farm business to a standstill – causing many thousands of pounds worth of damage and leaving a huge clear-up operation.

“The potential losses are significant and we would urge the rural community to be on their guard and report suspicious vehicles and incidents to the proper authorities.”

Anyone witnessed these incidents or has seen any suspicious behaviour in the area, should call West Mercia Police on 101 or 999 if a crime is in progress.