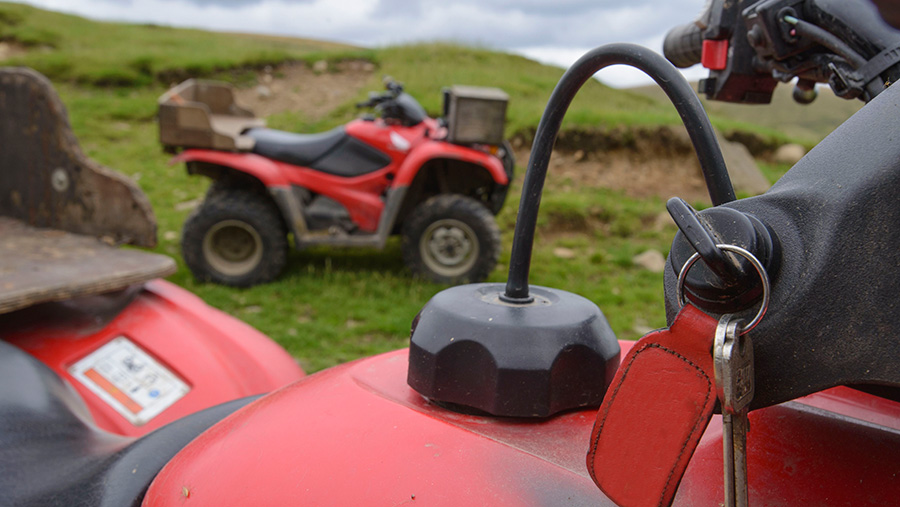 Farmers in Northumberland are being advised to ramp up security after a spate of thefts.

Northumbria Police said 16 quad bikes worth £70,000 have been stolen across Alnwick, Morpeth, Wark, Ponteland and Prudhoe since April.

Officers admit the vast majority of vehicles will not be recovered.

Of the 16 all-terrain vehicles (ATV’s) stolen, two were recovered and one was later found burned out.

Police are increasing patrols in the area and are reminding farmers to take steps to prevent further thefts including getting involved in a local Farm Watch initiative – an extension of the Neighbourhood Watch movement aimed specifically at the farming community.

Neighbourhood Inspector Kevin Oates said: “We know how much the farming community rely on their quad bikes on a daily basis to get around their land. Having a vital piece of equipment stolen can cause real hardship.

“We’re asking the rural community to be alert, use the Farm Watch network and keep their property safe and secure.”

Create your own infographics

He added: “Rural Northumberland covers a huge area and unfortunately thieves will travel long distances to look for opportunities to steal property including quad bikes.

“The eyes and ears of rural communities are vital to catch criminals,” she added.

Thieves favour a quick resale for cash, and police are reminding buyers of second-hand quad bikes to ensure the vehicles are legitimately owned by the seller before parting with any cash.