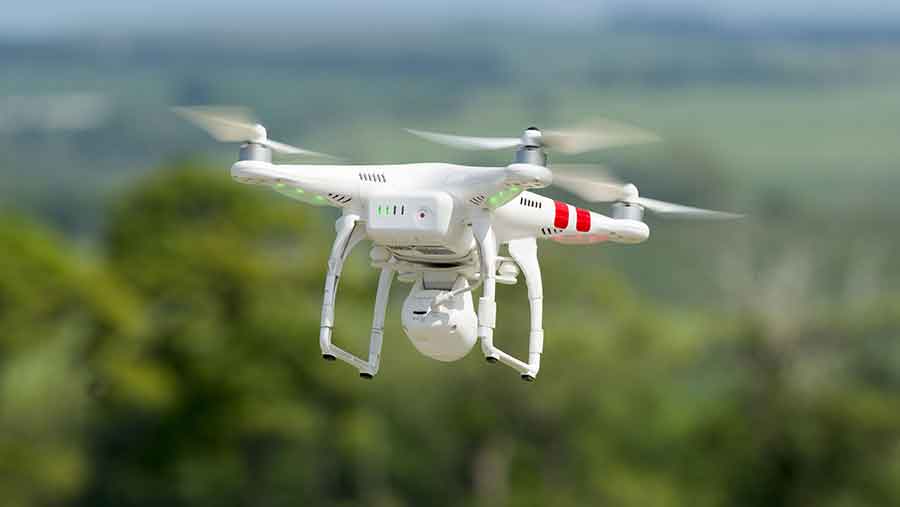 An aerial drone will be trialled by Lincolnshire Police as part of efforts to tackle rural crime, including illegal hare coursing on farms.

About £16,000 is being invested in the first drone, which includes the thermal camera, training and licences.

The unmanned aerial vehicle will be trialled this month before the £150,000 force-wide rollout of a fleet of drones later this year.

Each drone will have a permitted flying range of about 500m and police will take them to launch areas in the back of vehicles.

The project is part of a new Rural Community Safety Plan developed by the force in response to calls from Lincolnshire Police and Crime Commissioner (PCC) Marc Jones.

The first drone will undergo a series of operational tests to enable the PCC and the force to assess how many drones will be needed to ensure full coverage of the county.

Equipped with a thermal imaging camera, the drone can be used in a range of operations and will give officers the ability to capture still or video images on difficult terrain and hard-to-reach areas, such as woodland or coastline.

It will be able to locate missing people much more quickly than officers on foot and should prove invaluable in combating rural and wildlife crime.

It will also be available to help other emergency services and could have the capability of pinpointing people trapped in burning buildings or be used during floods to assess damage and find stranded residents.

“Drones will give our force new capabilities in combating crime and protecting our communities and residents,” Mr Jones said.

The new project comes weeks after Mr Jones announced a £125,000 investment in a fleet of 4×4 vehicles.

The drone should be operational by August after permission to fly is granted by the Civil Aviation Authority.

Lincolnshire Police Inspector Ed Delderfield, who is leading the project, said: “The potential is fantastic and we plan to expand the number of vehicles once we have a firm grasp of how many are required to ensure we have full coverage of the county.”

Gordon Corner, NFU East Midlands regional director, told Lincolnshire Live: “This news is going to be welcomed by our members, depending on how and when the new measures are put in place. Rural crime, including hare coursing, is a key issue for the NFU in Lincolnshire.”