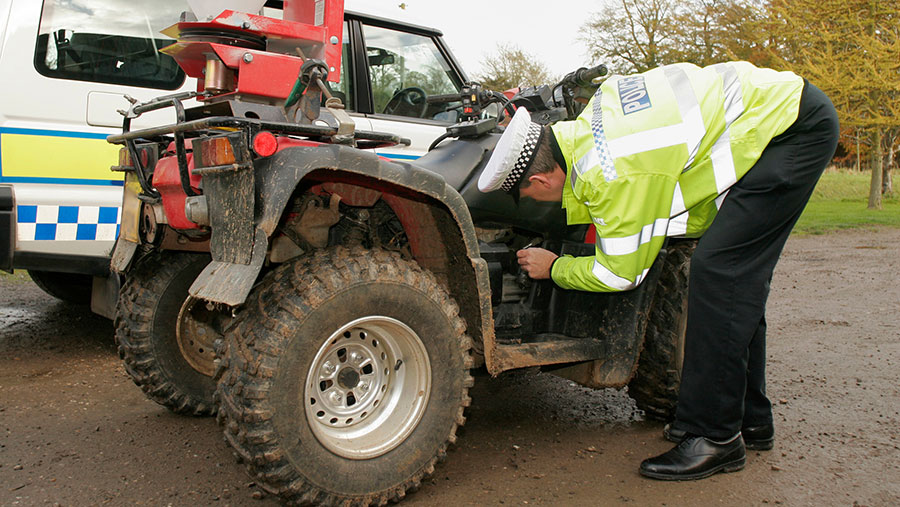 Farm machinery fitted with tracking devices is being deployed by police across Warwickshire in a bid to catch vehicle thieves.

Warwickshire Police is using the devices as part of a strategy to deter rural crime in south Warwickshire following a number of thefts.

The force is working closely with the National Vehicle Crime Intelligence Service and NFU Mutual on the operation.

So far, the strategy has resulted in three recovered vehicles and three arrests, with further stolen items recovered during property searches of those arrested, the force said.

On 17 March a 58-year-old man was arrested on suspicion of theft of a trailer following an incident in Whatcote.

A 19-year-old man was also arrested on suspicion of theft of a caravan following an incident in Long Marston on 9 June.

And a 42-year-old man from Shipston-on-Stour was arrested on suspicion of theft of a motor vehicle following an incident in Honington.

PC Craig Purcell, of Shipston Safer Neighbourhood team, explained: “Fitting various vehicles and items of farming equipment with modern trackers can help apprehend people attempting to steal from rural locations, and can also be invaluable in preventing and deterring crime in the first place.

“We are publicising these tactics to send a clear message to anyone who is considering stealing from a rural location; we have the means and the technology to locate you and we will continue to use it.”

Rural crime co-ordinators Bob Church and Lucy Lambert have also been working with the local agricultural community across south Warwickshire to help farms improve their security.

They provide practical advice and guidance as well as being able to loan out security equipment for trial.