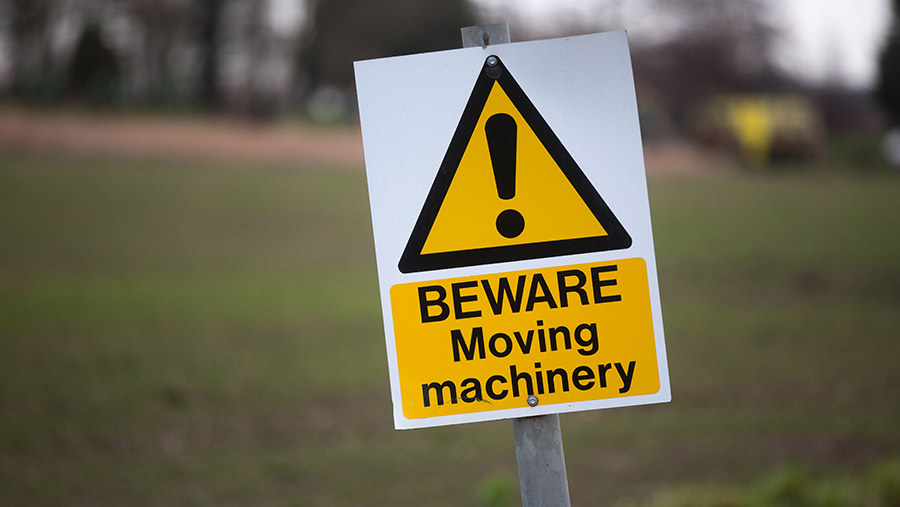 There were more than 25,000 injuries and incidents of ill-health on British farms in 2019-20, according to figures released by the Health and Safety Executive (HSE).

The statistics, collated by the Office of National Statistics’ Labour Force Survey, show no decline in the incidence of ill health and only a marginal fall in injuries on farm.

Have you ever suffered a farm injury and not reported it?
Created with QuizMaker

“There has been a renewed focus on safety over the past year or so, which is great, and we can’t let this drop off,” Mr Roberts said.

“We need to ensure any improvement we make is backed up with long-term, meaningful change.”

Of the 25,000 total incidents, 12,000 were non-fatal injuries, representing about 4% of the agricultural workforce. This is more than twice the average rate of 1.8% across all industries.

The survey suggested there were 13,000 cases of ill health on Britain’s farms. More than half were musculoskeletal disorders such as bad backs and strains.

At 2.2%, the rate per 100,000 workers of this type of condition is almost double the national average of 1.2% across all industries.

The HSE suggested that other long-term conditions such as farmer’s lung, occupational asthma and cancer may be under-recorded.

The cost of workplace injury amounts to about £191m a year, made up of lost work days and other financial outlay.

However, due to under-reporting the figure could be far higher at up to £274m annually.

Farm injuries are substantially under-reported each year, according to the HSE. Figures are, therefore, based on estimates derived from the Office for National Statistics’ Labour Force Survey. The survey is conducted through 33,000 British households each quarter.