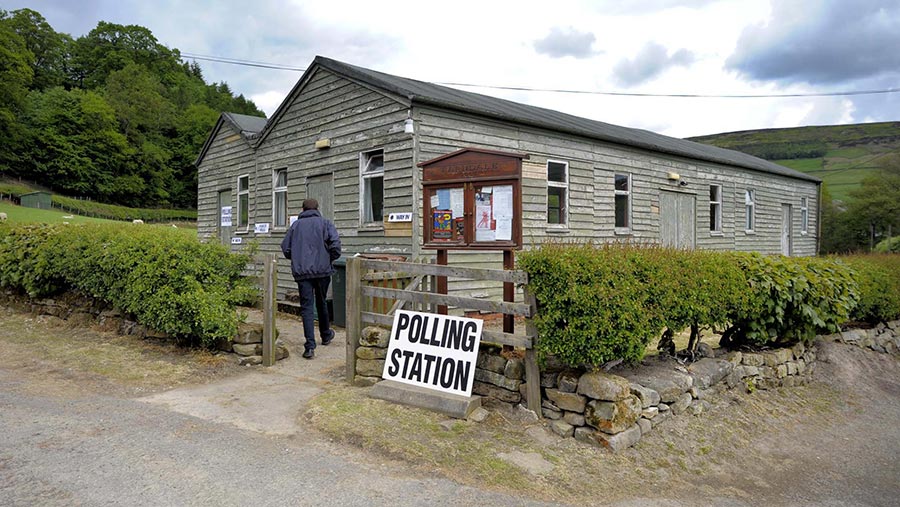 The UK is set to go to the polls on 12 December after MPs backed prime minister Boris Johnson’s call for an early election.

After months of Brexit deadlock, it is hoped that the outcome will decide the issue once and for all.

The EU has approved a three-month Brexit extension to 31 January 2020.

CLA president Tim Breitmeyer said: “We welcome the news of a general election in the hope that finally this political paralysis might be cured.”

He added: “The political and economic uncertainty faced by rural businesses in recent years has been hugely frustrating.

“Political parties now owe it to rural communities to lay out robust and ambitious plans to unlock the potential of the rural economy, particularly in recognising the unique role we play in delivering growth and jobs, while answering society’s demands for food production and on the environment.“

“This election is an opportunity for all political parties to regain the trust of the countryside. We hope they take their chance.”

The NFU, which is an apolitical organisation, said it will be engaging with candidates from all political parties over the coming weeks to ensure they understand the importance of profitable, productive and progressive farm businesses, both now and in the future.

“We will be looking for any new government to commit to a food-focused agricultural policy that rewards farmers fairly for producing safe, traceable and affordable food for everyone while protecting and enhancing the iconic British countryside.”

However, the Tenant Farmers Association (TFA) said parliament should instead have been given the opportunity to properly scrutinise the government’s EU Withdrawal Agreement Bill, rather than being dissolved for a general election.

TFA chief executive George Dunn said: “The outcome of the general election is, at best, uncertain and, at worst, could create an even more divided House of Commons.”