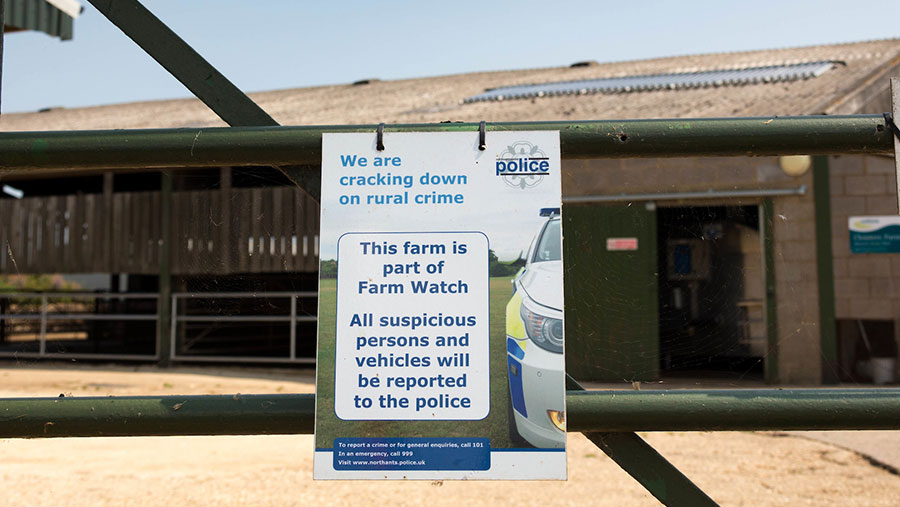 Rural crime is having a profound effect on farming in many parts of the country. So much so, the NFU has identified dealing with this issue as its number one domestic priority outside of Brexit.

Much of the crime in urban areas is also relevant to rural parts, such as general theft, vehicle-related theft, violence, arson and burglary.

However, farmers are increasingly having to deal with unique issues, including hare coursing, poaching, fly-tipping, livestock theft and worrying.

Farmers are also being targeted by animal welfare activists and extreme vegans – both on farm and on social media.

On Friday (13 April), Farmers Weekly reported the chilling story of farmer Oli Watkins, 35, who was stabbed while trying to apprehend thieves who had stolen his quad bike in Abergavenny, Gwent.

Then on Saturday (14 April), a farming family in the Kittochside area of East Kilbride, Scotland, was terrorised by machete-wielding thugs who stole cash, jewellery and a black Range Rover.

NFU Mutual is concerned about a new wave of rural crime, migrating from urban to rural areas, which are perceived as having a soft police presence.

Despite many farms being turned into “fortresses”, the insurer says rural theft cost a staggering £44.5m in 2017, the highest level in five years.

But what is the reality on farm? Have your say in our poll below and tell us whether you feel safe or less safe on farm these days.