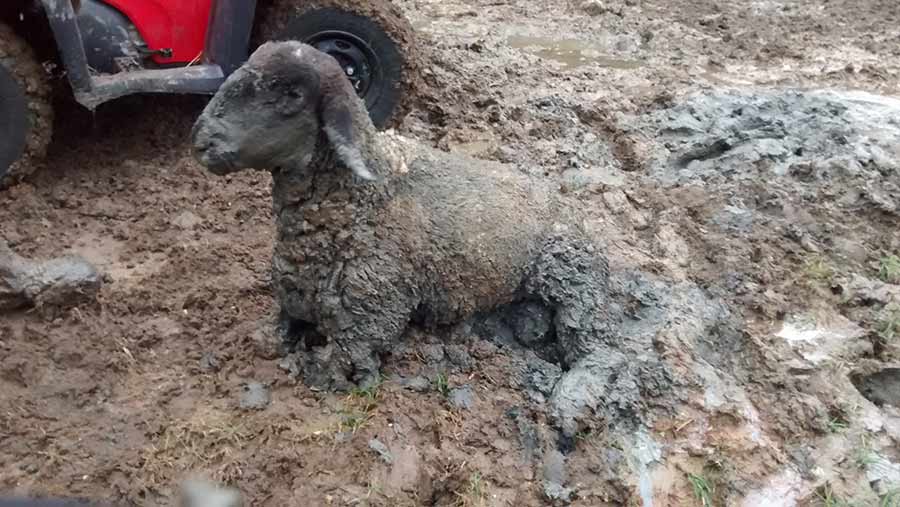 RSPCA inspectors came to rescue a prized ram which got stuck in the mud on a farm in Buckinghamshire.

A dog walker raised the alarm after hearing the sheep bleating in distress on a farm in Thornborough, Buckingham, on Tuesday afternoon (15 March).

The prize-winning New Zealand Sussex ram was stuck fast in around 2ft foot of mud and was exhausted from battling to free himself.

RSPCA inspectors Jaime Godfrey and Lauren Bailey were called to the farm to rescue the sheep.

Inspectors Jaime Godfrey and Lauren Bailey were called to a farm in Thornborough, Buckingham, on Tuesday afternoon (15 March) by a dog walker who spotted a sheep in difficulty. 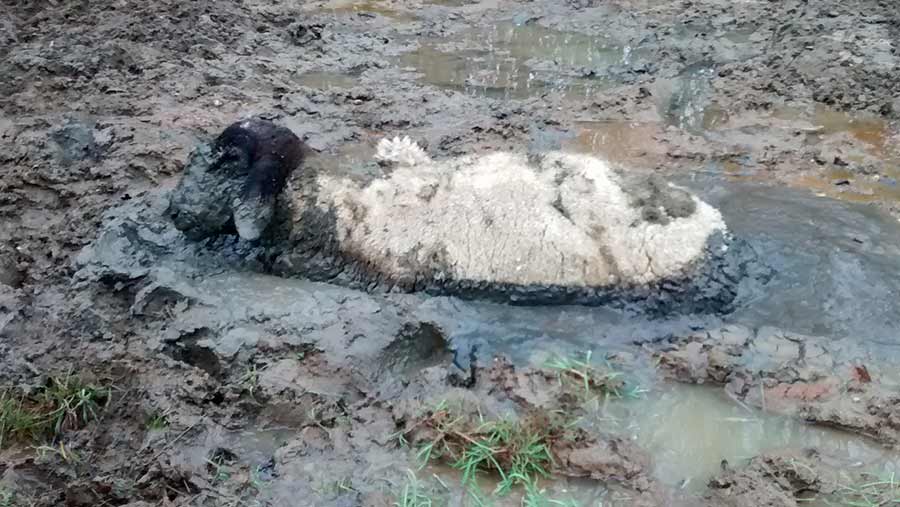 Insp Godfrey said: “His legs were stuck deep in the mud and he’d clearly been struggling for a while.

“His face was covered in mud. I managed to get hold of the farmer, who immediately came out to the field.

“It took all of our strength, heaving together to prize him out. We had to lift him straight up to ensure we didn’t hurt him and, in doing so, the mud came over our boots. We then had to pull each other out of the mud as we each became stuck ourselves.”

Once the sheep was released and given a clean bill of health, he was taken back to the farm to be cleaned and warmed up. The farmer kept him inside in the warm while he recovered from his ordeal.

“He was exhausted and couldn’t stand up,” Insp Godfrey added. “But he was lucky to have been spotted and saved without any major injuries. If he’d been stuck out there much longer he could well have died.”