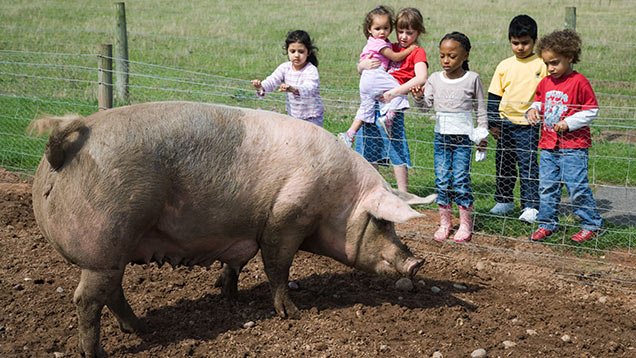 The popularity of farmers and farming has grown for the fourth year running in the eyes of the British public.

According to research by OnePoll, on behalf of the NFU, 68% of people think favourably of farmers, an 8% increase on last year.

Three-quarters (75%) said they believed farmers had a beneficial effect on the countryside, a 3% increase on last year.

And the vast majority of those surveyed – 90% – said they thought agriculture was important to the economy, up from 83% in 2012. Furthermore, 83% considered agriculture to be a professional industry.

It was also revealed that 55% had never heard about the Common Agricultural Policy (CAP). However, 63% said they believed UK farmers should continue to receive financial support from the EU.

This will reassure farmers given that their CAP subsidy payment details have just been published.

NFU president Meurig Raymond said he felt the growing positive trend was down in part to farmers being more open and championing what they do.

“I am seeing more and more how farmers are speaking directly to the public,” added Mr Raymond.

“Whether that is using social media to share with the public compelling reasons to back British farming and buy British food or the recent successes seen during Open Farm Sunday.

“We have seen in recent weeks the very visible support for farming and farmers, both in the public and the media.”

Meanwhile, 92% of respondents said they were aware of the 2013 horsemeat scandal, which uncovered evidence of horsemeat in food labelled as beef.

The results of the survey come amid concerns over market volatility and low farmgate prices, which have rocked farmer confidence.

The survey polled 2,000 British people in England and Wales in May.