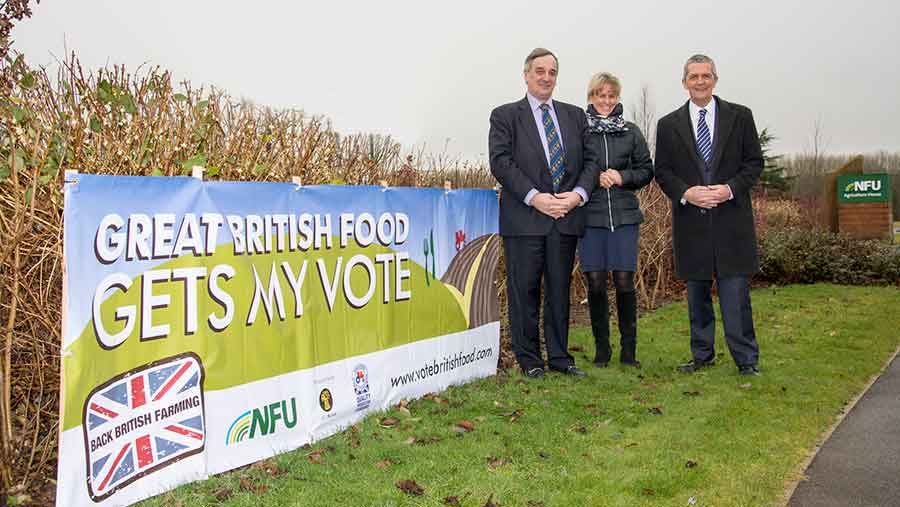 Public support for British farming has increased for the fifth consecutive year, according to an NFU-commissioned survey from OnePoll.

More than two-thirds of people polled said they actively support farming, with 69% saying they have a favourable view of British farmers – a 9% rise since 2012.

The survey also showed 68% agreed farmers should continue to receive farm support payments – an 11% increase since 2012.

The survey further found 92% of respondents think farming is important to the economy, with 91% agreeing a productive farming industry is important.

The results indicated 77% of respondents think farmers have a fairly beneficial or very beneficial effect on the countryside – the highest figure since this question was first asked in 2013.

The NFU said the poll results underlined how valuable the farming sector is to this country – and the recent farming crisis has demonstrated the importance of financial support to farming, which was clearly understood by the public.

“The public support is extremely important to the British farming industry – a message that won’t go unnoticed by politicians and retailers,” said NFU president Meurig Raymond.

“To see the figures on public support for our sector increase year after year reassures me that there is a bright future for farmers in this country.

“The survey results show the public does understand the importance of farming to the economy as the bedrock of this sector. The food and farming industry is the biggest manufacturing sector and the fact that people are noticing how vital this is is a massive asset to farmers.”

Increasingly, the public is showing an interest in learning how their food is produced, which explains the popularity of farming events such as Open Farm Sunday.

“We saw more than a quarter of a million people visit farms across the country as farmers threw open their farm gates to talk to the public about what they do as part of Open Farm Sunday,” said Mr Raymond.

“Without this event and the positive attitude from farmers, many thousands of people may not be active supporters of our sector.”

More than 26,000 people have also registered for the NFU’s Back British Farming campaign, which encourages the public to back domestic farmers by buying British food and drink.

The NFU said it would continue to ensure the “farm-to-fork” message would be heard loud and clear by people from all walks of life – urban, rural, young and old.