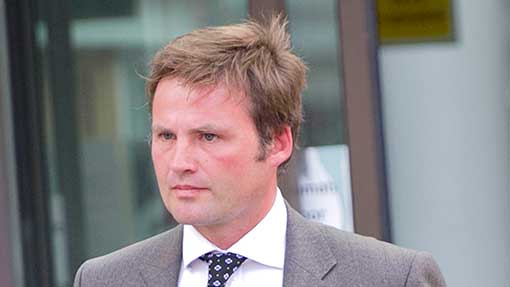 A farmer has been cleared of manslaughter after a rambler was killed by cattle on his land.

Roger Freeman was attacked along with wife Glenis on a public footpath that crossed a field farmed by Paul Waterfall in Stanford-on-Soar, Nottinghamshire.

The 63-year-old suffered horrific injuries and died at the scene after being charged and repeatedly tossed in the air by an animal, which prosecutors said was a 19-month-old Brown Swiss bull owned by Mr Waterfall named Zac.

It was claimed Mr Waterfall knew the bull was aggressive and behaved negligently by placing it in a field with a public right of way.

But the 39-year-old father-of-two said he had “never had a problem” with Zac, and would have had him culled immediately if he thought he posed a threat to walkers.

Nottingham Crown Court also heard the animal that attacked Mr Freeman in November 2010 was described as having horns – whereas Zac did not.

After the verdict, judge Gregory Dickinson criticised the length of time it took to bring the case to court.

He said he hoped “those responsible would look very carefully to see what lessons could be learned”.

Mr Waterfall said he was “very relieved it was all over” as he left court, but added he didn’t want to comment further “out of respect for Mr Freeman’s family”.

Jurors had earlier heard Mrs Freeman, 70, describe the “complete and utter nightmare” of watching her husband being attacked as the couple, who were experienced ramblers, walked from Nottingham to their home in Glen Parva, Leicester.

In a video of her police interview that was played to the court, she told how the 20-minute attack, which took place as darkness fell, left her “absolutely petrified” – and described Mr Freeman, a retired roofing contractor, “shouting his goodbyes” as he was repeatedly thrown to the ground and tossed in the air.

Mrs Freeman, who suffered severe injuries, including a broken wrist, bruised heart, kidney damage and seven cracked ribs, said the animal that attacked her husband was a bull with horns.

She added: “The bull looked wound up. It looked excited. It wasn’t a calm bull stood there. It started tossing its head and pawing. The cows seemed to be running around in a half-circle. They seemed excited, like they were playing a game. The bull was prominent in the middle. The cows were around him.”

But the court heard Zac, who was destroyed after the incident, didn’t have horns – and Martin Meeke QC, defending, claimed that prosecutors made no enquiries as to what animals were in the field on the day Mr Freeman died “until this trial”.

Mr Waterfall, giving evidence in his own defence, said it was “impossible” to say, more than three years on, which animals had been in the field at the time with “complete confidence”.

He told the jury some of the sixty-plus cows in the field were “bigger and heavier” than Zac, and that it would have been “very hard to tell he was a bull” when all the cattle were “running around in the dark”.

Mr Waterfall, a dairy farmer who owns about 500 cattle, closed his eyes, raised his head and let out a long sigh as the verdict was announced.

Describing the incident as a “tragic death” and “horrible for all caught up in it on either side”, Judge Dickinson said he had “enormous sympathy” for Mrs Freeman and her family for the “horrible ordeal” they had endured.

He added the case demonstrated the question of leaving “important health and safety issues to self-regulation”, and said it had raised the question of whether Swiss Brown bulls should be added to the list of animals that could not be kept in a field where there is a public right of way.

Judge Dickinson said there was “an extraordinary conflict of opinions among serious experts” as to the current working practice, adding: “There cannot be anything like a consensus as to what is good practice or not.”

After the case, Detective Chief Inspector Melanie Bowden of Nottinghamshire Police said: “We felt we had enough to bring a prosecution and are disappointed with today’s decision, but we understand the complexity and unusual nature of the case and respect the jury’s decision.

“Our thoughts, as always, are with Glenis and the family.

“I hope this case serves as a reminder to animal owners. From dogs to bulls, you could be held criminally responsible for any injury or death it may cause to a person in a public area.”

In a statement, Mr Freeman’s family said: “We love and miss Roger so much. He has left a great big hole in our lives that no-one else can fill.

“A kind, considerate, heart-warming man, Roger was a perfect gentleman. If there was one person to be relied upon, it was him.

“His family meant everything to him and he was a wonderful husband, dad, granddad, son, brother and uncle. His death took its toll on his parents, with them both passing away in the past six months.

“Roger is missed and thought of every single day. As well as a relative, he was a great friend to us all. There is no-one else you could want to enjoy a laugh and a chat over a drink or two with more than him.”