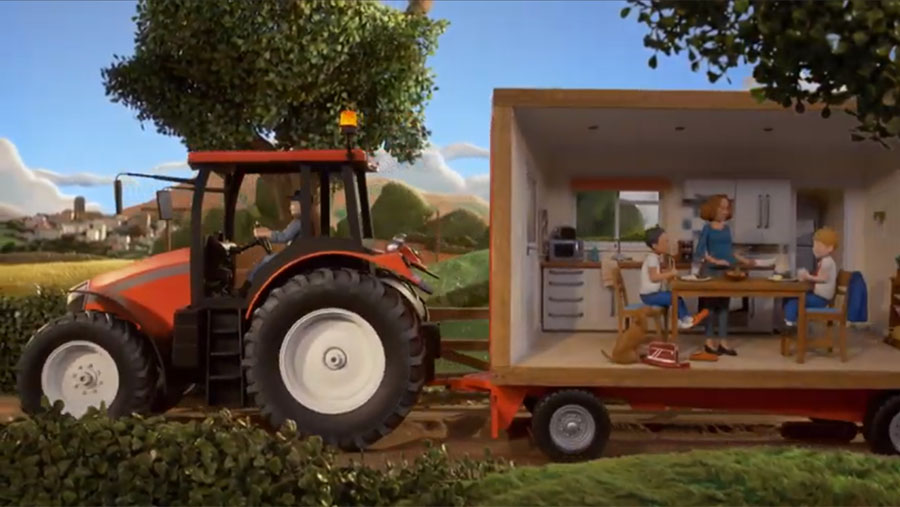 The number of shoppers who say they will buy Red Tractor food over cheaper alternatives has increased by 5% following a successful autumn advertising campaign.

YouGov polled a representative sample of 2,000+ members of the British public before and after the eight-week campaign, which was fronted by the assurance scheme’s first television advert.

The animated television advert used the strapline “Safe, traceable and farmed with care” and aimed to drive up understanding of the scheme’s standards.

The amount of people who said the logo will make them choose a Red Tractor product over the cheapest one rose from 36% before the campaign in September to 41% after it finished in November.

The Agriculture & Horticulture Development Board (AHDB) said the 5% lift equates to an additional 1.4 million shoppers.

According to Kantar Worldpanel (courtesy of the AHDB), there are 27.5m households in Great Britain. The five percentage point increase lifts the number intending to trade up to Red Tractor from 9.9m to 11.3m.

In addition, the number of shoppers associating the logo with “traceable food from farms to pack” has nearly doubled to 62%.

Red Tractor chief executive Jim Moseley called the results fantastic and said this is “just the start” of a prolonged campaign to enhance the reputation of the logo.

But he warned farmers that the only way the scheme could maintain its hard-earned integrity was if assured farms remained 100% compliant 365 days of the year.

Red Tractor has more than 1,100 specific individual standards that must be implemented on farms and a further 600 that are used throughout the food supply chain (in transport, processing and packing).

The assurance scheme is planning to run another campaign in 2019 to maintain momentum.

Surrey beef farmer Hugh Broom said: “We need Red Tractor to underpin everything we do, we need it to tell consumers both here and abroad about the great job we are doing and we need every farmer to do their bit and ensure the scheme is not undermined.”

Dorset pig farmer Robert Lasseter said this campaign was a positive start, and there is a lot to build on, with enormous scope for increasing awareness among customers.