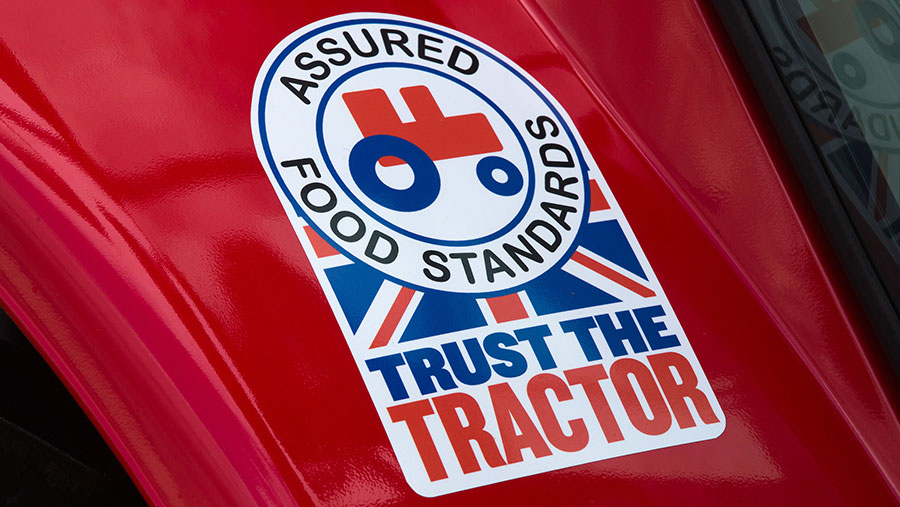 It is described as a “substantial broadcast advertising campaign” and is scheduled to run in late summer and early autumn, across mainstream terrestrial and digital channels.

Red Tractor chief executive Jim Moseley said: “The new campaign will focus on the reassurance that Red Tractor brings to consumers through its rigorous checks against the high standards of British agriculture.”

See also: Red Tractor standards update: what farmers must do

With the outcome of trade deals and tariffs post-Brexit yet to be decided, domestic farm-assured produce could come under pressure from imported food.

Differentiating a UK product from an import in terms of its production standards, origin, traceability and safety has never been more important, said Mr Moseley.

He added: “We need more shoppers to know more about the food they are buying to increase active sourcing of assured food.”

The Red Tractor brand was recently criticised by chef Jamie Oliver on his Channel 4 cookery programme Jamie and Jimmy’s Friday Night Feast, when he said he wouldn’t feed it to his children because it “only meets the bottom standard of animal welfare”.

Mr Oliver and Jimmy Doherty said they would rather British chicken was produced to a higher welfare standard “with labels such as RSPCA-assured”.

NFU president Minette Batters responded by saying the Red Tractor is a mark of food safety, and the scheme helps lower-income families buy food they are confident had been created to a high standard.

The announcement of the planned TV campaign follows the recent launch of an RSPCA proposal to help Defra meet its commitment to raise farm animal welfare standards, which rewards farmers for improving animal welfare.

The animal welfare charity believes livestock farmers should only receive public money if they go “above and beyond” current standard industry practice on animal welfare.

Compassion in World Farming (CIWF) also wants an improvement in food standards for consumers and is campaigning for clearer packaging and transparency in the shape of “honest food labelling”.

The group is calling for people to lobby their local MP to bring about labels that explain simply what systems were applied in the production process, similar to those for free-range or caged hens on egg cartons.