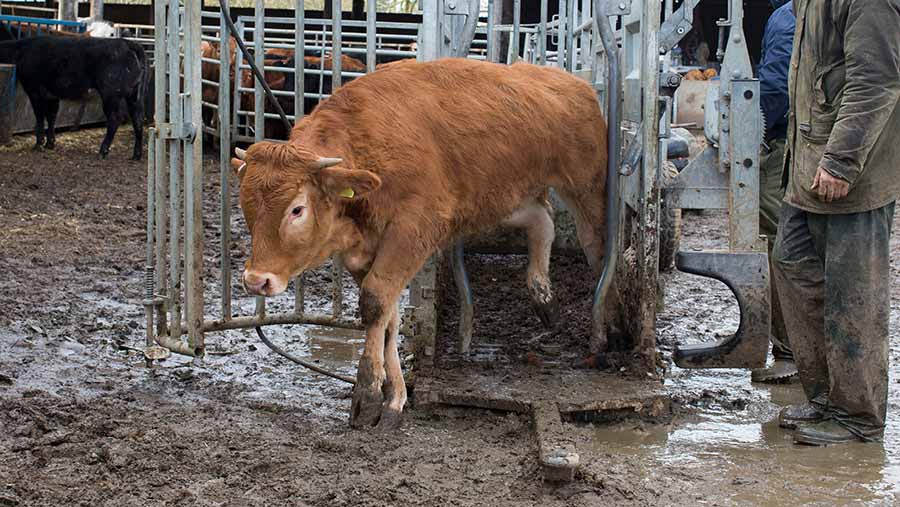 Raising animal welfare, protecting workers’ rights and enhancing environmental protection are the primary aims of the latest review of Red Tractor standards that farmer members will have to meet from November.

Announcing plans for a fifth major upgrade since the farm assurance scheme was first introduced in 2000, chief executive Jim Moseley said further change was needed to keep up with consumer expectations.

“If we don’t evolve and don’t meet consumer demands, they will disregard Red Tractor and probably buy more on price,” he said.

“Similarly, because many retailers, caterers and brands use Red Tractor as part of their buying specification, it is quite possible that without it they would create their own standards, do their own inspections, and would have less reason to support British.”

The consultation, launched on Tuesday 5 January, follows a year of discussions with all parts of the food chain and seeks further “evolution” across the scheme’s six sectors: beef and lamb, poultry, pigs, dairy, fresh produce and combinable crops/sugar beet.

On animal welfare, there will be a greater emphasis on welfare “outcomes” linked to standards, rather than just the “inputs”, Mr Moseley explained.

“This includes housing structure and cleanliness, and will also make clear what is and isn’t acceptable when handling animals,” he said.

A previous consultation has already determined that dairy farmers will have to move away from the routine euthanasia of male calves by the end of this year.

Another priority will be worker welfare, in keeping with Red Tractor’s Farmed With Care strapline .

“It is fair to say that UK agriculture’s health and safety record is not great, and farming is identified as an ‘at-risk’ sector for labour exploitation,” said Mr Moseley.

Even though most farms fall below the turnover threshold required for them to meet the terms of the Modern Slavery Act, it is likely that retailers and processors will be looking to farmers to demonstrate due diligence.

Under the proposals, a Red Tractor ethical trade self-assessment questionnaire will have to be completed within the past two years, and checks will be made on worker accommodation.

There will also be tougher health and safety protocols.

5 January Consultation opens to all stakeholders

The third key standards change will be in terms of environmental protection, including Defra’s new Farming Rules for Water, which aim to reduce soil erosion and nutrient run-off.

“We have tried to take those requirements and adapt them into something that is meaningful and can be easily assessed on farm.”

This will incorporate things like having a soil management plan, secure fertiliser storage and rules on pesticide handling.

Consumers are also concerned about greenhouse gas emissions, so planned changes to Red Tractor standards should deliver “care for the planet”, to show that agriculture is “on the front foot”.

Defending the timing of the consultation, which comes at a time of unprecedented uncertainty for farmers and growers, Mr Moseley said consumer demands have changed significantly over the past four years and Red Tractor needs to keep pace.

The Red Tractor’s head of external affairs, Philippa Wiltshire, added that many farmers will already be delivering most of the proposed changes to standards, so they will not incur extra costs.

Some key changes planned for November 2021