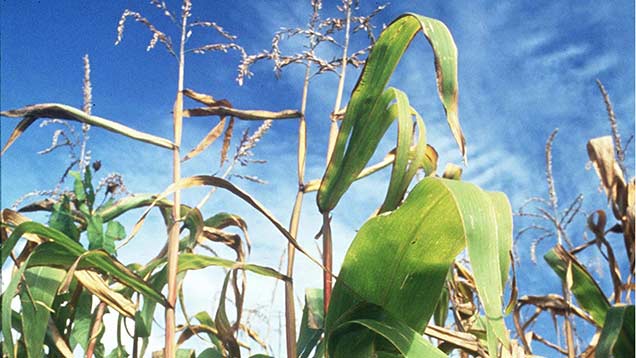 However, the risks associated with GM herbicide-resistant weeds “should not be ignored” and they could diminish any green benefits.

These were some of the key findings of an evidence-based review that analysed the effect of adopting genetically-modified (GM) cereals and oilseeds crops in the UK.

The report, published on the HGCA’s website on Wednesday (11 March), examines best available evidence on overseas experience of GM adoption.

“Although this study demonstrates there would be tangible benefits to farmers and the environment in certain GM crop production scenarios, ultimately the decision rests in the hands of the consumer.”
Vicky Foster, HGCA research team leader

It pulls together data from more than 170 publications, reports and studies to explore the likely economic and environmental implications of adopting GM cereals and oilseeds in the UK.

The HGCA, the cereals and oilseeds division of the Agriculture and Horticulture Development Board (AHDB), commissioned the independent report to address key questions about domestic adoption or non-adoption of GM technologies.

It found that only under continued pest and weed pressures was there an economic benefit to GM crops over conventional crops, as the technology premium for GM seed and the cost of co-existence measures depressed gross margins in the absence of these pressures.

However, in very severe pest and weed pressure situations, gross margins could increase by up to 15.2% for continuous IR maize, 16.6% for continuous HT OSR and 10.2% for HT OSR in a four-crop rotation.

Analysis of environmental effects was based on evidence from countries where GM crops are already being produced.

It found that HT and IR traits reduced the amount of active ingredients applied in crop production. However, for HT traits, the report found the risk posed by herbicide-resistant weeds developing should not be ignored and may diminish this benefit if not managed appropriately.

The use of IR crops as a pest management tool may reduce losses to insecticides of non-target organisms, including beneficials, the report says.

Reduction in the frequency of farm machinery use “would result in less soil erosion, increased soil moisture retention and reduced fuel use and greenhouse gas emissions”.

Furthermore, the report states that data from Spain and Portugal show co-existence measures have been effective in preventing gene flow issues.

GM products are already used in the manufacture of livestock feed for use in the UK feed supply chain. The introduction of a segregated feed supply chain would result in increased costs initially, but the review indicates there would be no long-term or structural implications.

Dr Vicky Foster, HGCA research team leader, said: “We felt it was important to develop an independent evidence base, free from distortion and speculation, to better prepare the industry for the implications of GM crop production, should the technology become available in the UK.

“We recognise that GM is an emotive subject, but this report is specifically focused on the science, rather than consumer acceptability of GM products.

“Although this study demonstrates there would be tangible benefits to farmers and the environment in certain GM crop production scenarios, ultimately the decision rests in the hands of the consumer.”

Commenting on the report, Peter Melchett, policy director of the Soil Association, which promotes sustainable organic food and farming, said: “It’s good to see a report recognise that we ‘live in a market economy’ and that farmers rely on consumer demand for what we produce.

“With the Food Standards Agency finding that consumer opposition to GM is actually increasing, we are pleased to see the report acknowledge that the ultimate decisions about GM lie with consumers.”