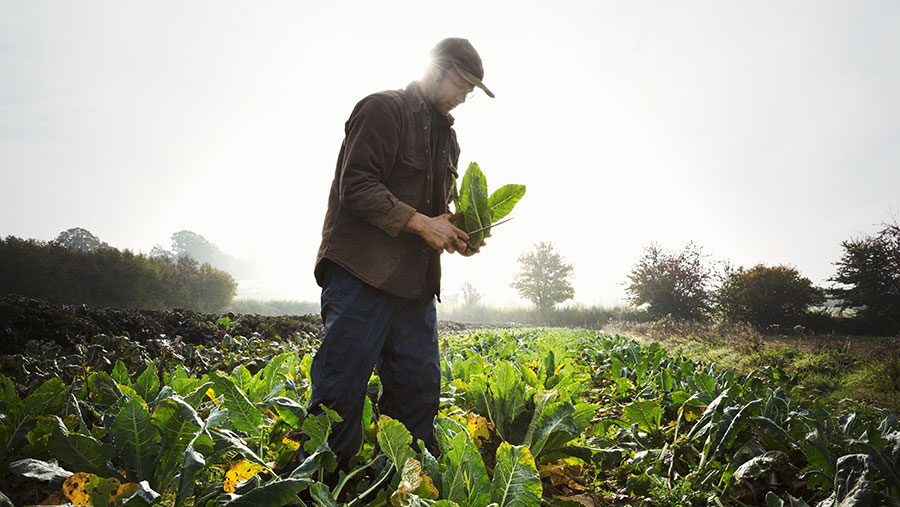 Organic farming could be worse for the environment than conventional farming because it needs more land to grow the same amount of food, a report has found.

The study, by researchers at the University of British Columbia, in Canada, suggested organic farming may have a bigger environmental impact on soil and water quality than previously thought.

Study lead Verena Seufert said while organic could be better for biodiversity, farmers needed more land to grow the same amount of food.

But land conversion is “the leading contributor to habitat loss and climate change”.

The report, published on the Science Advances website, found on average organic farming yields 19% to 25% less than conventional farming and more of the crop was lost to weeds, pest and disease pressure.

The researchers found in some cases, organic farmers lose up to 40% of their crop because, unlike conventional farmers, they are unable to rely on large volumes of pesticides to protect yields.

But Soil Association policy director Peter Melchett questioned the yield figures quoted in the report, saying they were “substantially lower than other predictions”.

“The report concludes this leads to a cost difference in part due to lower yields – their own data doesn’t suggest that,” said Lord Melchett.

Indeed, the report also states organic farming can increase yields in forage crops such as hay.

The study describes the health benefits of organic crops in countries with tight pesticide regulations as marginal.

But Lord Melchett insisted there are “significant” nutritional advantages with organic foods.

The SA also disagrees with the report’s finding that organic farming “performs poorly on energy use”.

“That’s not the case. There are Defra figures going back years, that doesn’t apply in the UK,” Lord Melchett said.

But he added there is “lots in the report to agree with”, such as its conclusion organic farming “cannot be the holy grail for our sustainable food security challenges”.

The study concludes organic farming “could be an important part of a suite of strategies to improve the sustainability and equity of our food system”.

Lord Melchett said this finding is in line with the SA’s position that organic farming is not the panacea, with a cut to consumption rates needed alongside.

“The organic sector has seen a period of strong growth, but with this growth often comes attacks on organics.

“What is odd is when a basically positive report is used to attack organic farming.”