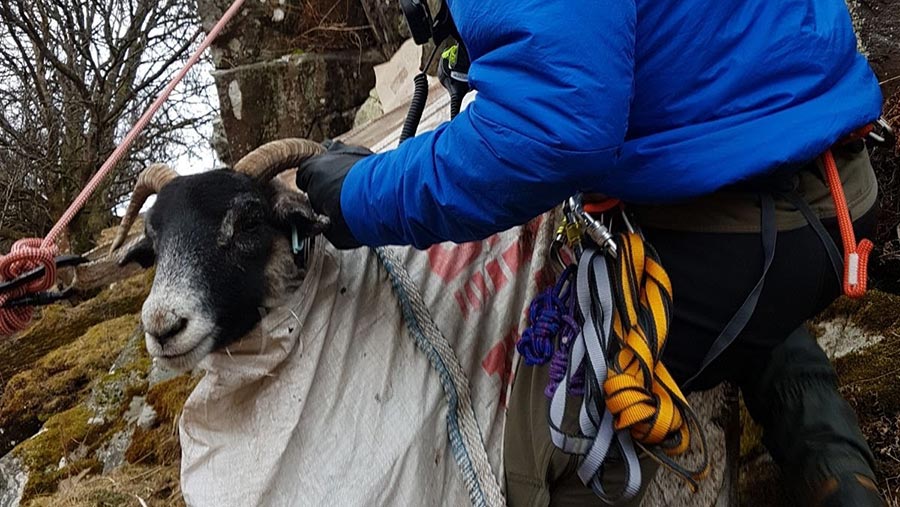 The shepherd had been struggling to gather his sheep after severe weather had driven them over a short cliff edge in Glen Lednock, near Comrie, Perthshire.

The sheep were stuck and unable to move safely, so the shepherd called police, who then enlisted the help of rescuers. 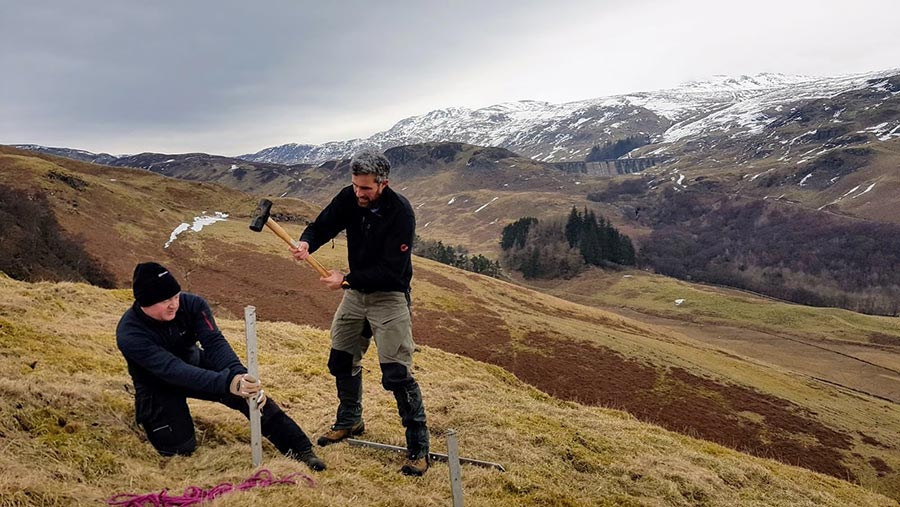 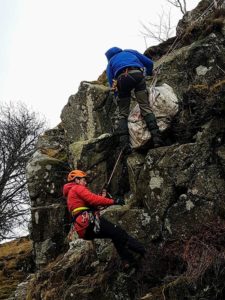 Team members attended in the Glen and safely plucked the sheep from the crag with some improvised technical rescue skills, which saved the local landowners putting themselves in harm’s way.

Although shaken by the ordeal, both sheep were happily reunited with their grateful shepherd.

PC Paul Morgan, deputy leader of the Tayside Police’s mountain rescue team, said it was one of the most unusual call-outs in recent times.

But he added: “Although this type of incident is not common for us, given the nature of the location and our concerns for both the shepherd and animals, we were more than willing to lend a hand in an environment we are more than comfortable in.

“Given how much assistance farmers had given police all over the country in recent weeks following Storm Emma, where they helped keep roads open and dug out countless stranded motorists, this seemed a very fitting way of repaying the favour.”