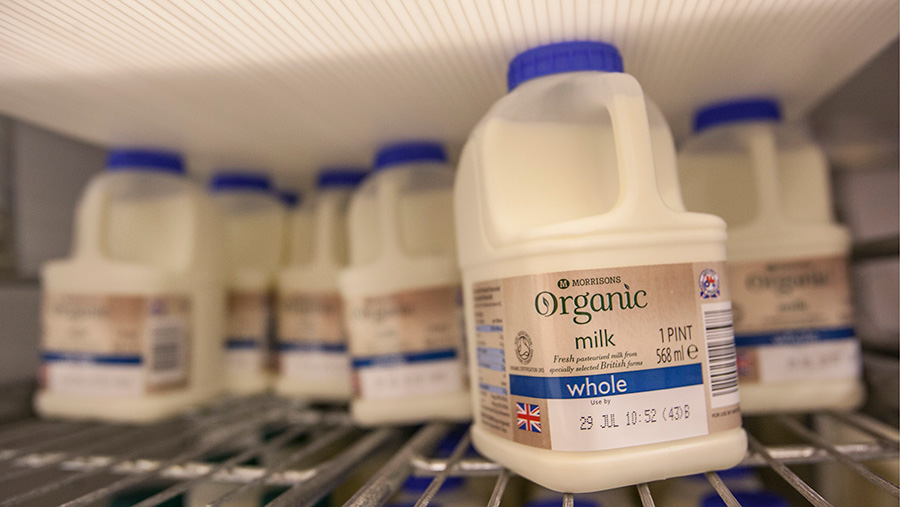 Supermarkets across Scotland are being encouraged to reposition fresh milk as a healthy alternative to fizzy drinks in “food-to-go” deals.

Following a successful farmer-led campaign in Devon and Cornwall, NFU Scotland has written to the nation’s major retailers and asked them to make milk a more convenient option for shoppers.

Ms Crocker said the move would allow consumers to make a healthier choice and buy milk instead of fizzy drinks.

The store agreed to her request and an increase in milk sales has seen the concept rolled out to other stores in Devon and Cornwall.

As dairy farmers, we want to see shoppers given the opportunity to choose fresh, nutritious milk over sugary soft drinks in supermarket chillers, selling it alongside sandwiches and snacks Graeme Kilpatrick, NFUS

Now Ms Crocker is urging other supermarkets, including Morrisons and Waitrose, to adopt her idea in a bid to help struggling dairy farmers, beset by low farmgate prices who are producing milk below the cost of production.

North of the border, NFU Scotland has written to Morrisons, Sainsbury’s, Asda and Tesco – to urge them to pilot the scheme.

NFUS milk committee chairman Graeme Kilpatrick said: “As dairy farmers, we want to see shoppers given the opportunity to choose fresh, nutritious milk over sugary soft drinks in supermarket chillers, selling it alongside sandwiches and snacks. 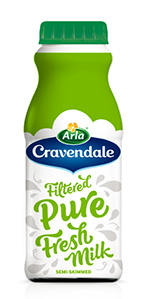 “The dairy farming crisis is deepening with the majority of Scottish farmers now receiving less than 19p/litre and, for some, their milk price has sunk as low as 11-12p/litre.

“Many hard-working, long-established family dairy farms are under threat and this presents an opportunity to grow the market.”

Co-op will stock the semi-skimmed 250ml bottles of Cravendale milk .

Claire Mackintosh, brand manager at Arla Cravendale, said: “Milk is widely recognised as being part of a balanced diet, and with consumers demanding greater on-the-go drink options we are responding with the launch of Arla Cravendale 250ml, a healthier, natural option to fizzy drinks and juices.

“People can be surprised at how pure and refreshing milk tastes, and now they can enjoy it alone as a refreshing beverage, rather than just on cereal or in tea.”