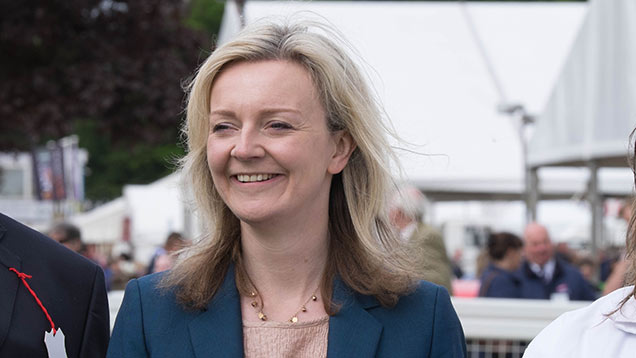 Defra secretary Liz Truss has refused to answer questions on whether the government would axe farm subsidies if the UK voted to leave Europe.

The Conservatives have committed to an in-out referendum on Europe by the end of 2017 and the Scottish government has called for answers on Westminster’s farm payments policy.

Speaking on the first day of the Royal Highland Show, Scottish rural affairs minister Richard Lochhead said he was adamant that the UK Treasury was pressing to get rid of subsidies if the UK went it alone.

During a later press briefing, Ms Truss was asked repeatedly whether a Tory government would maintain some form of farm payment scheme if the UK pulled out of Europe.

Each time the minister avoided answering the question directly. Instead she focused her replies on her commitment to current negotiations on simplifying the CAP and securing a good deal for Britain.

On the fifth time the question was put, journalists were asked to refer directly to Defra.

Speaking later Mr Lochhead said her refusal to give a straight answer was worrying for Scotland.

“She knew she would be asked this key question. Her evasiveness and refusal to commit to continuing to fund Scottish agriculture should set alarm bells ringing,” Mr Lochhead told Farmers Weekly.

“It shows there is no plan B [if Britain votes to come out of the EU]. But it also shows that there is a plan A, and that is to stop subsidies,” he said.

“Clearly, without the £500m a year Scottish farms receive, many sectors of Scots farming would implode, especially in our more remote rural areas,” the minister added.