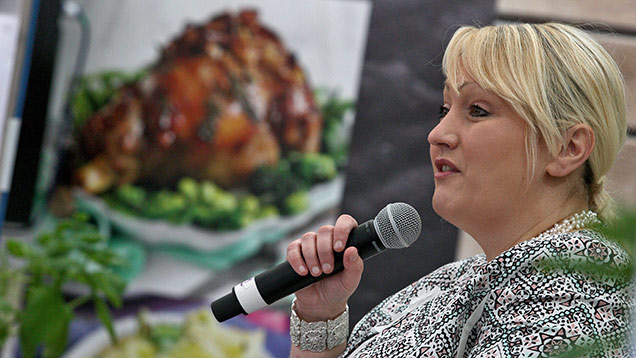 An out vote in the upcoming referendum on European Union membership would be disastrous for a Welsh farming industry which relies on annual CAP payments of £240m, the country’s deputy farming minister has warned.

As farmers gather at Builth Wells for the opening of the Royal Welsh Show on Monday (July 20), Rebecca Evans said it was naive to suggest that the industry would receive the same level of financial support from the UK government.

And should the vote favour an exit, it would be hugely damaging if farm businesses were not given sufficient time to adjust and mitigate the financial loss, she added.

“I have followed with interest the many discussions on European membership in the media and have been alarmed at the number of commentators who naively believe agriculture would see a reduction in so called ‘red tape’ and that the industry would continue to receive the same level of financial support were we to leave the EU,” she said.

“In fact, withdrawal from the EU, and the impact that this would undoubtedly have in respect of the CAP, would be catastrophic for Welsh agriculture.”

Meanwhile NFU Cymru will meet EU Agriculture Commissioner, Phil Hogan, at the show on Monday to urge a simplification of CAP.

The union said farmers who made minor mistakes filling in what it described as a “complicated” new direct payments system feared heavy penalties.

The introduction of direct payments in Wales, incorporating greening, the Basic Payment Scheme and the National Reserve and Young Entrants schemes, had caused no end of confusion for farmers, the union suggested.

“The rushed implementation of a totally new set of schemes in 2015, the lateness of crucial commission guidance documents and a number of new mapping requirements, leave farmers incredibly concerned as to whether they have properly understood the rules associated with this year’s CAP,” said Mr James.

“It is vital the EU auditors and inspectors are aware of this, and that they accept that none of this was of the farmers doing and they need to provide some tolerances in this, the first year of implementation of the new CAP.”

NFU Cymru will question Mr Hogan on the relevance of the ecological focus area and crop diversification elements of greening.

Arable crops are grown on less than 5% of the land area in Wales.