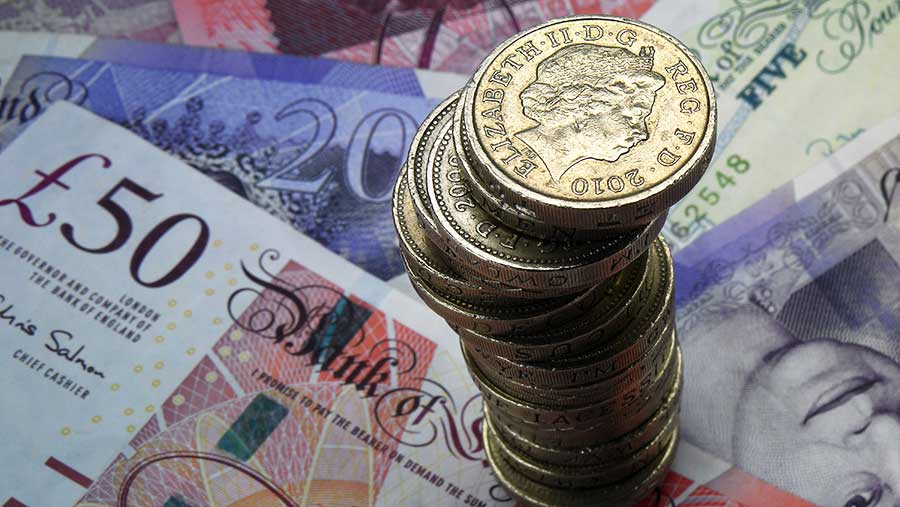 More than 51,000 farmers in England received their Basic Payment over the first two days of the payment window, according to official figures.

The Rural Payments Agency (RPA) said the figure meant 59% of eligible farmers had already been paid their 2016 BPS payment.

The payments, worth £660m, include a range of 2016 BPS claim types and sizes, including those inspected and farmers with common land.

By comparison, on the first day of last year’s BPS payment window opening (1 December 2015), more than 33,000 claimants (around 38%) received their payment.

The RPA said it was “focused” on meeting its own target of paying 90% of eligible claims by the end of December.

In a statement, the agency said: “BPS payments are made direct to bank accounts via BACS transfer so farmers should make sure RPA has the most up-to-date account details.

“Details can be changed on the Rural Payments service. Once a payment has been made a remittance advice is sent in the post, confirming the amount paid.”

NFU deputy-president Guy Smith said the RPA had made a “good start” in its efforts to pay 90% of claimants their BPS in December.

But he added: “We remain concerned that the RPA are not clear when the remaining 10% will be paid.

“If the RPA cannot guarantee a payment to this identified 10% reasonably early in 2017, then bridging payments must be considered.”

Land agents Strutt & Parker urged farmers to check their 2016 BPS payment against their submitted claim form to see if there were any obvious errors.

Ed Trotter, a farming consultant in Strutt & Parker’s Stamford office, said: “The RPA has committed to paying 90% of claimants by the end of the year, so it was encouraging to see some payments arrive on 1 December.

“However, there is still work to be done if the RPA is to meet its commitment to pay 90% of claimants by the end of the year.

“The good news for the farming community is that the payments we have seen so far, unlike many last year, are what we have been expecting. As a guide, payments for non-SDA land have been paid around the rate of £86.20/acre.”

Strutt & Parker’s farming department also has a BPS calculator which can be used to check if there is any shortfall from what is expected.

Mr Trotter added: “The RPA has said it will send remittance advice, by post, shortly after it has made the BPS payment, which will confirm the amount paid.

“But farmers will have to wait until at least February for a claim statement, which explains how it has calculated the final value of the claim.”

It is possible that some claimants with outstanding 2015 BPS payments will be paid the 2016 payment before their 2015 issues are finalised, Mr Trotter said.

He also warned that anyone needing to submit an RLE1 form, to transfer land or entitlements, may be better off waiting until February when the online facility is expected to be available.