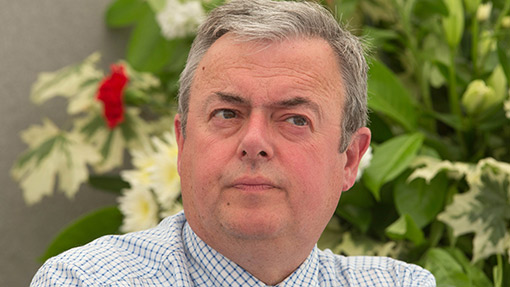 Mr Grant took up the job in January 2012 and positioned the charity with an aggressive campaign stance against badger culling.

He also outraged farming unions with his call to have farmers involved in the pilot culls named and shamed. And the RSPCA was later called in front of the Charity Commission to face tough questions after assertions that it had become too political over culling and fox hunting.

Mr Grant was involved in further controversy last autumn when a leaked internal memo revealed that trustees feared donations and legacies could be affected because of the way it was being portrayed in the media.

Mr Draycott spoke of a “scary and dangerous” lack of planning, difficulties in attracting new trustees and poor or even non-existent management training and career paths for “disillusioned staff”.

But speaking on Mr Grant’s departure, chairman of trustees Mike Tomlinson praised the former chief executive’s work in raising the profile of the society and giving it a foundation for the future.

“I would like to take this opportunity to thank Gavin on behalf of myself and my fellow trustees for the very significant contribution he has made to the society. His drive, passion and deep love and respect for animals have impressed all that have come into contact with him.”

In a statement Mr Grant said: “It has been a huge honour to have held this post. The RSPCA is a magnificent organisation at the heart of what is the very best in humanity. The society is blessed with great people, both paid and volunteer. I wish it well as it continues to face huge challenges in ensuring it is ever stronger and able to meet the needs of our fellow creatures.”