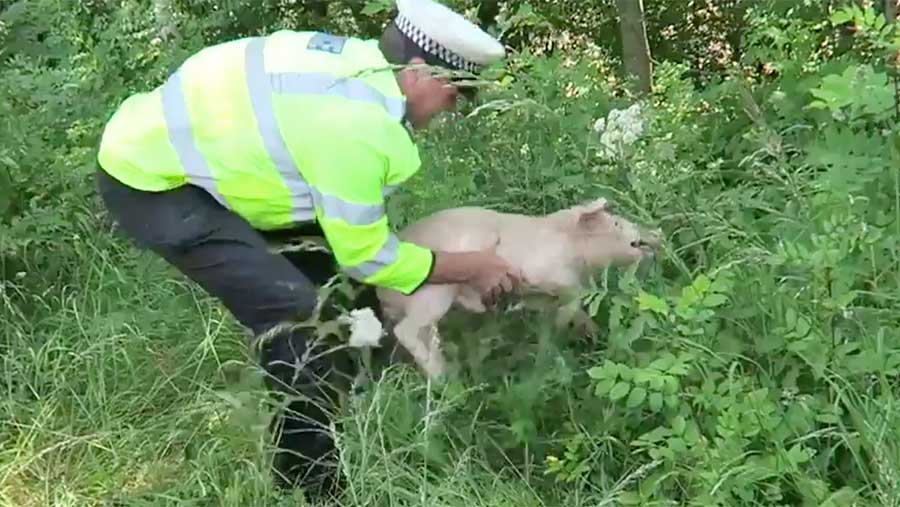 Traffic along a stretch of the busy motorway was brought to a standstill after the pigs escaped from a field and trotted across the road.

Hilarious images have since emerged on social media of police officers and motorists working together to try to catch the pigs.

Hannah Phillips posted a video on her Twitter site (@HannahPhillipsR) showing the moment officers tried to capture the pigs.

Traffic was stopped for about 20 minutes on the westbound carriageway to allow officers to catch the pigs – as temperatures soared to 31C.

A Hampshire Police spokesman said: “We were called at 1.32pm [on Sunday 18 June] to a report of two pigs on the hard shoulder of the M27 at junction 9 at Fareham, Hants, heading westbound.

“Officers were deployed to the area to slow down traffic and locate the pigs.

“The pigs were secured by officers and one pig was taken back to the field, its home, where we believe it came from while the other was reported to the RSPCA.”