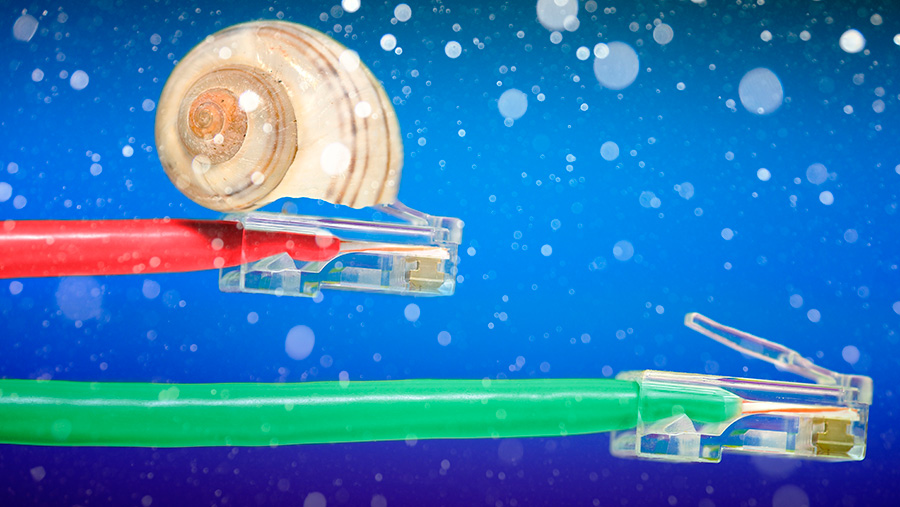 Firms in rural areas are almost twice as likely to suffer from poor broadband than those in urban areas, according to a survey by the British Chambers of Commerce (BCC).

Almost all companies (99%) that responded to the survey said a reliable broadband connection was important.

However, nearly one in five (18%) said they suffer from unreliable connections.

Firms in rural areas were almost twice as likely (30%) to have unreliable connections than those in towns (15%), inner cities (13%) and suburban areas (12%).

Smaller businesses are the most likely to suffer from unreliable broadband, with nearly one-quarter (24%) of sole traders reporting problems.

However, nearly half the 1,465 business people surveyed (48%) said a more reliable connection would help their businesses to use more applications, transfer large files and allow remote server access for employees.

“Businesses across the UK still report that our digital infrastructure is not fit for purpose.”

The BCC said it welcomed recent government announcements about investing in 5G technology to build a world-class digital infrastructure in the UK.

However, the immediate focus must be on providing all companies – especially those in rural areas – with broadband connections that are reliable and of sufficient speed.

“[This] would boost business confidence and encourage firms to maximise opportunities for growth, trade and investment,” said Dr Marshall.

‘More must be done’

The Country, Land and Business Association (CLA) says the government’s Universal Service Obligation (USO), which requires that everyone in Britain has a legal right to request minimum speeds of 10Mbps by 2020, will be crucial in providing “much-needed connectivity”.

But the CLA said more must be done for the government to meet this 2020 deadline.

“Without UK-wide infrastructure, the government’s vision for its digital strategy will simply not work.”

Meanwhile, telecoms regulator Ofcom has announced BT will be fined £42m for breaching contracts with other telecoms providers with late installations.

Ofcom imposed the penalty after finding BT’s Openreach, which is responsible for the UK’s broadband network, breached its rules by failing to pay compensation to its customers, such as Talk Talk and Vodafone, for late delivery of broadband services.