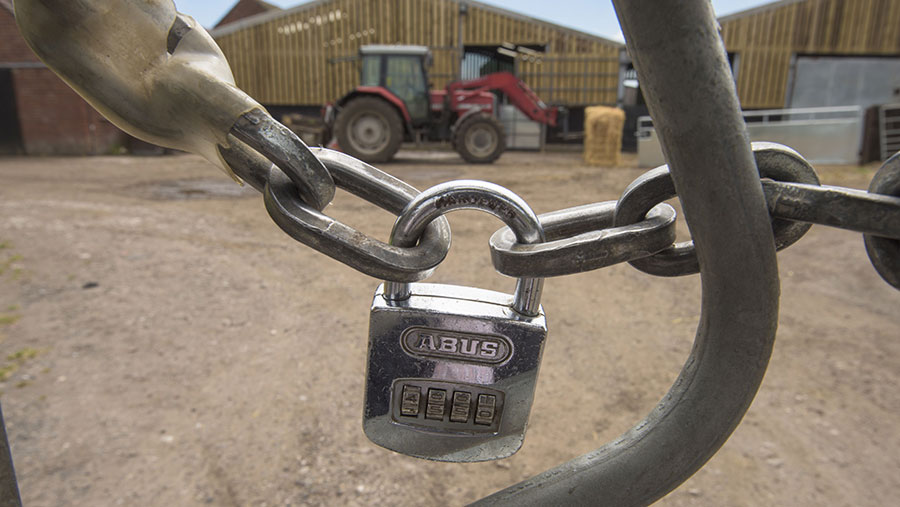 The true extent of the crime wave sweeping the countryside was highlighted this week, with figures showing a sharp increase in the cost of rural thefts.

The UK’s largest rural insurer, NFU Mutual, says it cost a staggering £44.5m in 2017, the highest level in five years.

Analysis of the claims data also suggests 2017 saw the highest year-on-year rise since 2010 – an increase of 13.4% – with the biggest increases in Wales, the Midlands and south-east England.

“There is widespread concern that more criminals are targeting the countryside and they are going for richer pickings,” said Tim Price, NFU Mutual rural affairs specialist.

“With police facing huge challenges – including budget cuts and extra workload – forces are finding it hard to resource rural policing and this may be one of the reasons for the rise in thefts we are seeing.”

NFU Mutual crunched its data early this year, ahead of its full publication this summer, in a bid to highlight the growing risks to farmers and rural dwellers because of the perception among criminals that there are “easy targets” in the countryside.

NFU deputy president Guy Smith said: “These alarming and profoundly depressing figures will come as no great surprise to farmers who often feel in a state of siege from the criminal fraternity.”

Fly-tipping, hare-coursing, burglary and theft impact on members’ daily lives and businesses in “far-reaching and costly ways”, he added.

Mr Smith said it was imperative government and police forces adopt a joined-up and consistent approach to policing and prosecution. “Police forces will need better resources based on a fairer funding formula so they can properly protect our rural populations from this increasing threat.”

Theft of equipment and tractors, along with hare coursing and poaching, are frequent problems encountered by Inspector Dave Smith of Kent Police’s rural task force.

“Long gone are the days of likeable rogues taking something for the pot – organised criminal gangs are now driving this,” he said. “They have no regard for the rural community or wildlife and are doing it all simply for self-gain.

“It brings devastation and disruption to rural communities – along with the threats and violence that accompany it.”

Julia Mulligan, chair of the National Rural Crime Network, said: “There can be no doubt that crime is a real and growing problem for those who live and work in rural communities. From police funding and priorities to government policy, all too often they get a raw deal.”