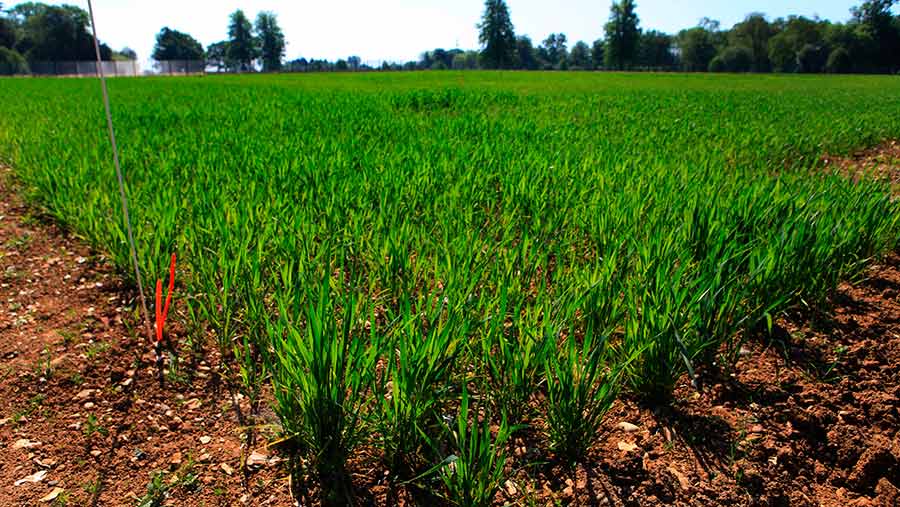 A major new study suggests that genetically modified crops do not pose a risk to human health and the environment, says US scientists.

The peer-reviewed study, published in the National Academies of Sciences, Engineering and Medicine, examined 900 pieces of research and publications on GM maize, soya beans and cotton, over the last 20 years.

The report found “no substantiated evidence” of a difference in risks to human health between current commercially available GM crops and conventionally bred crops.

However, the study warned that “evolved resistance” to current genetically engineered characteristics in crops was a “major agricultural problem”.

No GM crops are currently being grown in the UK due to restrictions at EU level, but imported GM commodities like soya are widely used for animal feed.

Addressing the effects of GMs on human health, the study said: “Studies with GM foods currently on the market reveal no differences that would implicate a higher risk to human health and safety that from eating their non-GM counterparts.

The study also highlighted “some evidence” that GM insect-resistant crops have had some benefits to human health by reducing insecticide poisonings.

Addressing the effects of GMs on the environment, the study said: “Overall, the committee found no evidence of cause-and-effect relationships between GM crops and environmental problems.”

Although insect-resistant GM crops have decreased crop losses caused by pests, the committee found no evidence that the introduction of the technology had increased the rate increase of yields in soya beans, maize and cotton.

The study authors said there was an “urgent need” for more research to test any future GM products to ensure they were safe.

There was mixed reaction to the report from the farming industry in the UK.

Professor Dame Anne Glover, the former chief scientist to the EU, said policy decisions on GMs should be based on science and not heavy lobbying of governments from anti-GM groups.

Speaking at the annual meeting of the Scottish Society for Crop Research (SSCR) in Dundee, Prof Glover advised farmers to “speak out” about the potential benefits of GMs to influence public opinion if they wanted access to the technology in future.

The Soil Association, which supports organic farming, said the report “strongly rebuts the argument that GM crops are needed to feed the world”.

But Wayne Parrott, professor in the department of crop and soil sciences at the University of Georgia, said the report delivered a “sober assessment” of GMs.

“The inescapable conclusion, after reading the report, is that GE crops are pretty much just crops,” Dr Parrott told The Independent.

“They are not the panacea that some proponents claim, nor the dreaded monsters that others claim.”