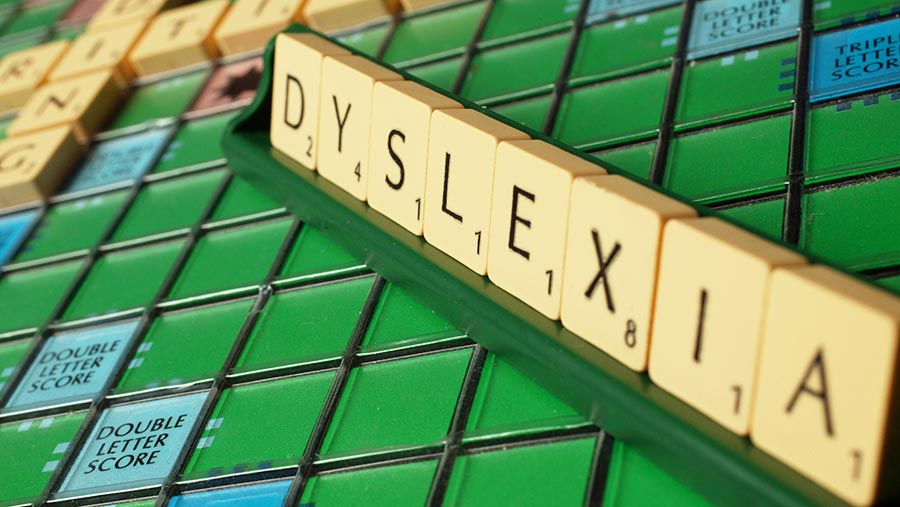 A host of rural organisations have joined forces to support people with dyslexia in Scotland’s farming and crofting communities.

They join seven organisations which have already adopted measures to make their communications more accessible for members following a Farming With Dyslexia campaign.

All 15 groups have signed a memorandum of understanding to review their internal and external communications, websites, emails and minutes to ensure they are dyslexia-friendly.

It follows growing concern among academics and training providers that the level of dyslexia is higher among the farming community than it is among the wider population.

Jo Aitken, a learning support manager at Scotland’s Rural College (SRUC), said: “It is believed the condition is more prevalent within the farming sector than previously thought.”

Estimates suggested that as many as 25% of the agricultural students attending SRUC had dyslexic tendencies, said Ms Aitken.

The memorandum was also signed by representatives from Scottish Natural Heritage, Lantra and the Epidemiology, Population Health and Infectious Disease Control (EPIC) Centre.

Ishbel Crawford, of land-based training organisation Lantra, said many people didn’t realise they had dyslexia until later in life.

“Unrecognised dyslexia in schools is a huge problem,” she said. This meant that children in small rural schools sometimes struggled to get the right help. Ms Crawford added:

“There is still a tendency for schools to push apparently less able pupils into careers such as agriculture and horticulture.”

Over the last 18 months, NFU Scotland has reviewed its communications in liaison with the charity Dyslexia Scotland to ensure its documents are more accessible for farmers.

The union has also teamed up to launch a best practice guide with six other organisations who sit with NFU Scotland on a Farming With Dyslexia Working Group.

NFU Scotland vice-president Andrew McCornick said: “It was clear that there was a need to simplify written and verbal communications.”

This was particularly the case because farming and other land-based industries were characterised by form-filling and increasing amounts of paperwork.