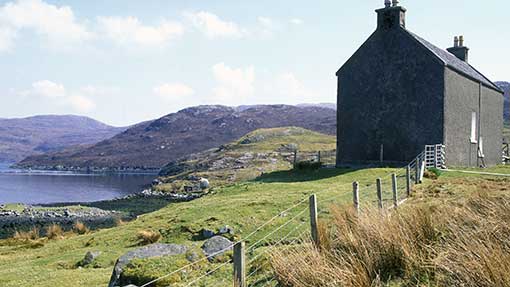 A fundamental change to the way rent reviews are conducted in Scotland is on the cards after a major policy U-turn by the landowners’ organisation, Scottish Land and Estates (SLE).

After spending more than a decade rejecting the Scottish Tenant Farmers Association’s (STFA) appeals for rents to be assessed partly on the productive capacity of a farm rather than on comparable rates being paid elsewhere, SLE announced it had “revisited its position”.

The organisation’s new chairman, Lord David Johnstone proposed cross-industry discussions and submitted the proposal to the Agricultural Holdings Review Group which is considering tenancy reform in Scotland. However his statement made it clear that the about-turn was happening under duress.

“We do not believe that the legislation, as amended, requires major overhauling,” he said.

“However, this issue continues to cause great concern to tenant farmers and we are committed to seeking cross-industry agreement on key issues. Scottish Land & Estates would therefore support moves to review section 13 with a view to looking at whether incorporating the productive capacity of the holding as a factor would improve the position and allay concerns about rent review procedures, but we would wish to ensure that comparable evidence (including adjusted limited duration tenancy rents) is also retained. “

However while SLE’s offer of talks was welcomed by the STFA, its chairman Christopher Nicholson insisted agreement to abandon the use of open market comparables in 1991 rent reviews would be a prerequisite of any discussions on rent review changes.

“SLE’s olive branch on rent reviews has obviously been offered through clenched teeth but STFA firmly believes that the current rent review system is deeply damaging and requires a thorough overhaul. We are prepared to discuss solutions with other stakeholders as part of the tenancy review but the question of open market comparables is very much a red line issue,” he said.

“The need for change is indisputable, the tenanted sector is awaiting the Land Court’s decision over the latest rent dispute between Roxburghe Estate and one of its tenants. This rent dispute will have taken nearly six years to resolve, involving over fifteen days in court at astronomical cost. Whatever the outcome of this case, there can be no clearer demonstration of the need for change.”

NFU Scotland also welcomed the offer of talks and said collaboration was vital for the future of the let sector in Scotland.