A farmer has shot dead 10 foxes after 33 lambs were mauled to death in the “worst sheep attack” he has suffered in more than 45 years of farming.

Mr Collins, who farms around 1,200 Exmoor Horn sheep and Scots ewes at Worth Farm on Exmoor, said the attacks had all the hallmarks of being carried out by foxes.

The lambs, all aged between seven days and two weeks old, had been mauled to death, left to die in fields or dragged away. Many suffered bite marks to their throats or “crunch” marks to their skulls. 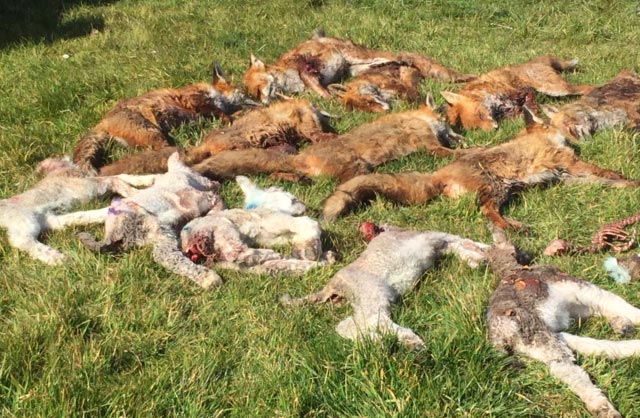 Marksmen used thermal imaging cameras to target eight foxes, which were shot dead in the one field in Hawkridge, Exmoor, on Tuesday 15 March. A further two foxes were killed on Friday 18 March.

Mr Collins said: “We have been farming here since 1970 and this is the worst sheep attack we’ve ever had.

“Someone is turning urban foxes out into the countryside and we don’t know who. With Easter being early this year, we were the first people that lambed in this area, which may explain why we’ve been so badly hit. 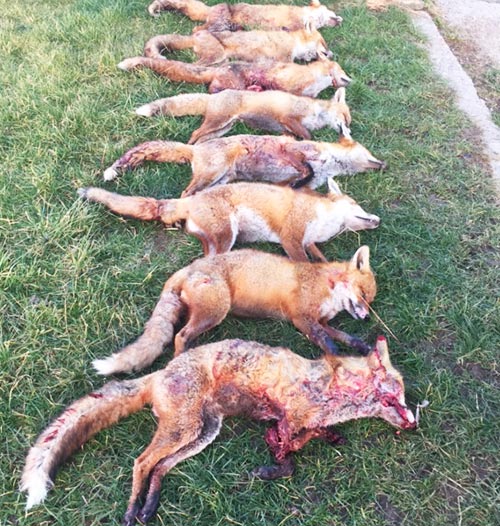 “Dumping urban foxes in the countryside is cruel to the foxes, cruel to the sheep and frustrating for the farmers who have to deal with the consequences.”

He is “100% convinced” that the foxes had been captured in cities and towns and let loose in the countryside.

“Some of the foxes had been in car crashes as their hairs have been clipped on their bodies. One fox was shot dead after it came out of a hedge and was attracted by a dog biscuit. A wild fox would never have done that.”

Under wildlife protection laws, anyone who releases a fox in an area where it “may be caused harm” faces up to six months imprisonment and/or £5,000 fine per animal.

Dumping urban foxes in the countryside is cruel to the foxes, cruel to the sheep and frustrating for the farmers who have to deal with the consequences Allan Collins, sheep farmer

Graham Le Blond, co-owner of Fox-A-Gon, a London-based company for non-lethal fox management/control, which operates across the UK, said foxes were “territorial animals that fight for the best parts of the territory”.

He added: “If you take a fox out then all the other foxes from the surrounding area will move in.”

But Mr Le Blond said there were “unscrupulous” companies that release urban foxes into the countryside.

“They normally say they will release the fox to a ‘sanctuary’. But there are no sanctuaries in the country that will take healthy foxes – either they shoot them, or they will take them out to the countryside.

“Unfortunately, yes, I have known them (foxes) to be dumped.”

However, the RSPCA said there was “no evidence” of urban foxes being removed and dumped in the countryside, and dismisses the suggestion as an “urban myth”.