A landowner is calling for an outright ban on sky lanterns after finding 32 on his fields grazed by livestock.

Shocked farmer Rowland Blackwell discovered the remains of the lanterns strewn across three fields on his mixed farm near Stroud, Gloucestershire.

Some of the lanterns were still alight when they fell to the ground and others were burned.

Mr Blackwell, 74, said the paper on some lanterns was chewed, which suggested his Hereford-cross cows had tried to eat them while out grazing.

The lanterns were about 2ft long and the frames were built from wood infused with thin metal wire.

Mr Blackwell, a third-generation farmer, said it was lucky that none of his sheep or cows appeared to have been injured or had ingested the metal.

“We have got to push for an outright ban on sky lanterns. They are a danger to animals and the countryside,” he told Farmers Weekly. 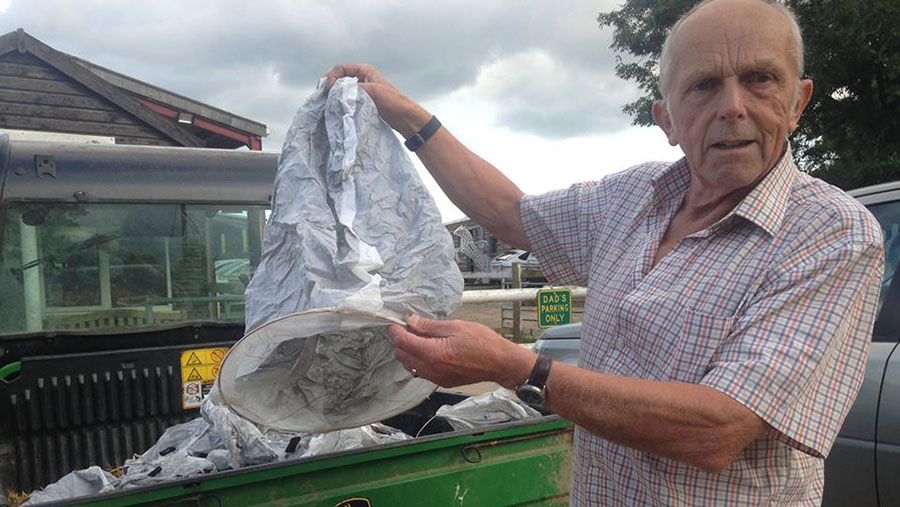 “Just think of the consequences if they had set fire to my property, or crops. They could have also killed my cattle.”

We have got to push for an outright ban on sky lanterns. They are a danger to animals and the countryside Rowland Blackwell, Gloucestershire farmer

As well as the 14 cattle and 40 followers, his son farms 80 ewes – mainly Texel crosses – and his daughter runs a livery yard with 23 horses and an equestrian centre with 50 horses.

Neighbours have been harvesting spring barley and Mr Blackwell added there was a chance some of the remains of the lanterns could end up in the grain sample.

“I would question how many of these lanterns were actually let off? Did we find them all, or just a percentage? It must have been a big celebration.”

The NFU, Country, Land and Business Association and RSPCA are all in favour of a total ban.

In total, 31 local authorities have banned the release of sky lanterns on their land. 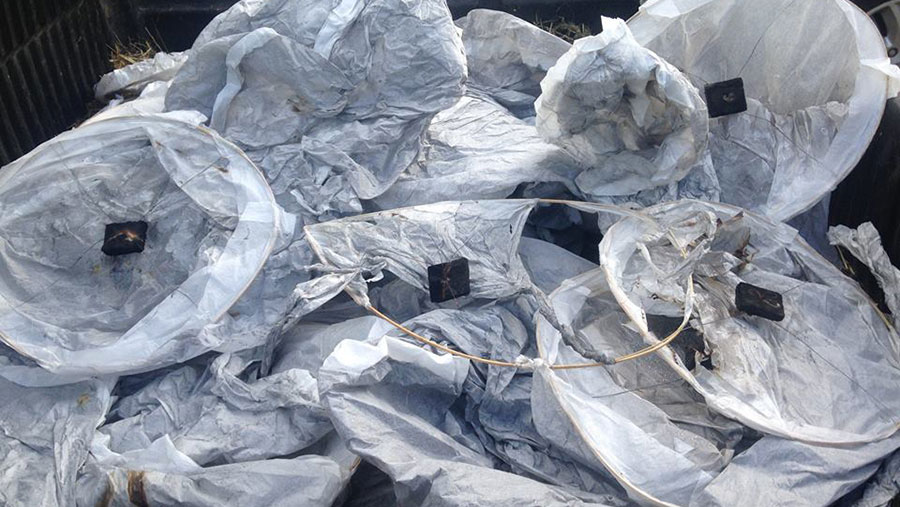 ‘Danger to life and limb’

NFU South West spokesman David George said this case highlighted the dangers of sky lanterns and the threat they pose to livestock, buildings and crops.

“Sky lanterns are a danger to life and limb and they should be banned,” he added.

“As a result of NFU campaigning, some councils have introduced bans. But part of the problem is people release sky lanterns at private venues without appreciating the dangers.

“Manufacturers are making lanterns out of bamboo, but these can be just as dangerous to cattle as wood.”

In March, Tewkesbury MP Laurence Robertson called for a ban on sky lanterns to protect livestock.