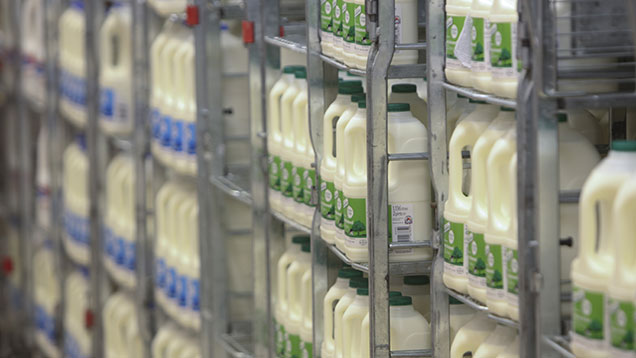 The public are being urged to buy British dairy products over the festive period to support Britain’s struggling dairy farmers.

The NFU issued the call following the news that Arla producers are to be hit by another price cut from January.

The union said the announcement was a “body blow for the industry” which would “further devastate dairy farmers’ bottom line.”

“We cannot emphasise enough how awful this downward spiral has been for the dairy industry in the UK.” Meurig Raymond, NFU president

NFU dairy board chairman Rob Harrison said: “But despite this news, dairy farmers across the country, including myself, will continue to provide the nation’s milk – working 52 weeks a year, without a break, and yes, even on Christmas Day we’ll be up and in the parlour at 4am before being able to spend some precious time with our children and families.

“All we ask is that the public continues to buy British dairy products over the festive period, including British cheese, look out for the Red Tractor logo and continue to back British farming.”

Union president Meurig Raymond said for the first time producer numbers had dipped under 10,000 with 60 going out of business in November alone.

“We will continue to put pressure on government, retailers and the processors with the aim of trying to rebuild an economically sustainable dairy industry. We cannot emphasise enough how awful this downward spiral has been for the dairy industry in the UK.”