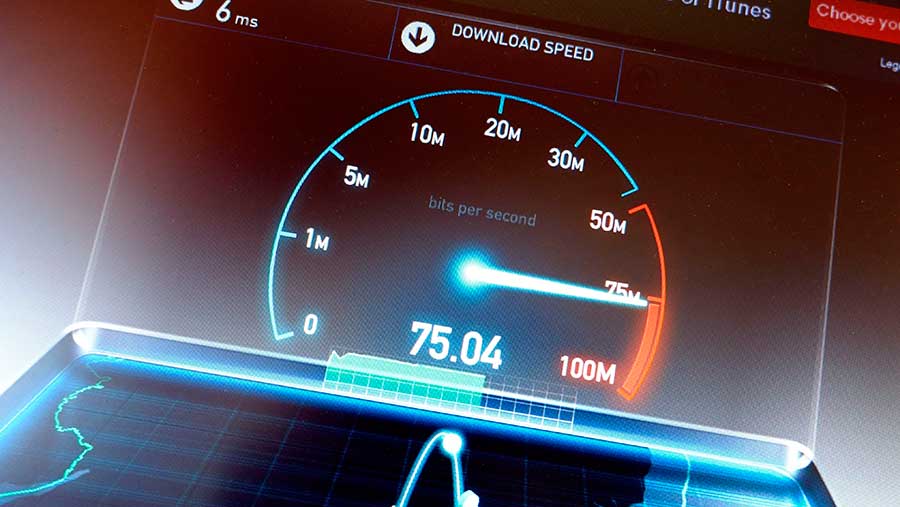 Almost two-thirds of farmers are not happy with their broadband speeds, an NFU survey has found.

More than nine out of 10 farmers (91%) say broadband is an essential tool to help run their businesses. But the majority (59%) felt the broadband speed they were able to receive was insufficient.

The results of the 2017 NFU Broadband and Mobile member survey – the third annual connectivity survey – were published on Wednesday (31 January).

Poor and unreliable broadband was highlighted as a major hindrance to farm businesses, and a barrier to further use of digital technology in the future.

But once farmers receive superfast broadband, the evidence is that their use of the technology and the importance of the service for their business increases.

The results of the survey were released just days after the government announced that superfast broadband is available to 95% of UK homes and businesses. But industry analysts believe 10-15% of rural areas are still unable to access broadband.

The survey of 866 NFU members found 98% of farmers own a mobile phone. Of those, 93% feel having access to a reliable mobile signal is important for their business.

However, only 16% reported they could receive a reliable mobile phone signal in all indoor locations and only 15% for outdoor locations on farm.

The NFU says good rural connectivity is essential to help farm businesses diversify. According to Defra statistics, 64% of farmers have diversified businesses in 2016-17.

Suzanne Clear, the NFU’s senior adviser for planning and rural affairs, said: “Increasingly, farmers are diversifying their income, with broadband speed dictating both the uptake and success of some diversification projects.

“On-farm tourism, letting buildings for business use and renting out property for housing are being particularly affected by slow broadband rates.

“The benefits of better connectivity do go further – for example, the use of CCTV and mobile phone messaging can help reduce crime and improve farm safety.”