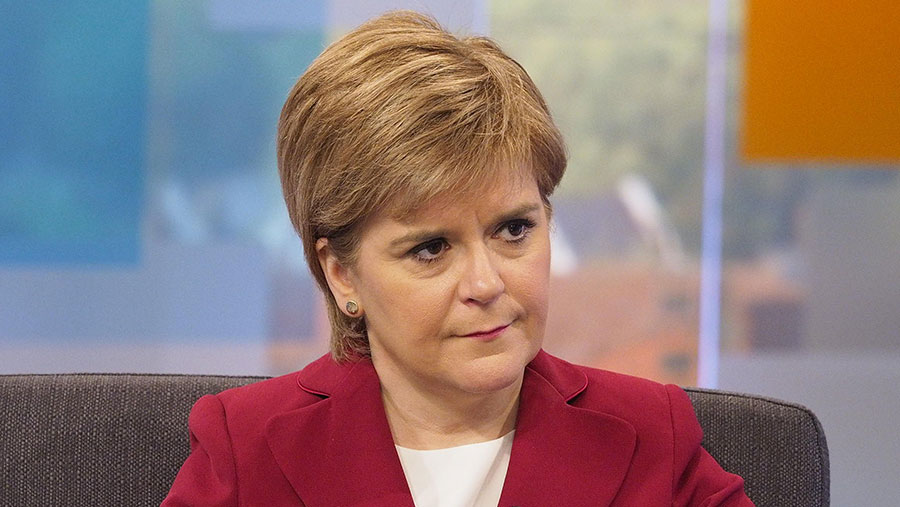 Scottish first minister Nicola Sturgeon has apologised for delivering late support payments to farmers – with more than one in four claimants left waiting for their money.

Ms Sturgeon issued the apology after it emerged the Scottish government had applied to Brussels for extra time to deliver the payments – just hours after rural cabinet secretary Fergus Ewing suggested payments were almost complete.

EU rules mean 95% of payments must be made by 30 June. But the Scottish government has applied to the European Commission to extend the deadline until 15 October with just 73% of payments understood to have been processed.

Speaking at the Royal Highland Show on Friday (23 June), Ms Sturgeon insisted the Scottish government was making significant progress on payments – and on resolving the remaining IT issues blamed for the holdup.

She added: “We have already apologised and we do so again today to farmers for the failures that have been experienced in the system and I guarantee that we will continue to give this matter our full focus and attention to ensure that farmers get the service that they deserve.”

It is the second successive year the Scottish government has requested an extension to its farm payment deadline from 30 June to 15 October.

Earlier, Mr Ewing suggested the government was “aiming to complete our Pillar 1 payments substantially by the end of June”.

NFU Scotland president Andrew McCornick said: “We’ve asked for the Scottish government to have a clear and open dialogue with the industry on payments. Farmers and crofters should have been the first to know that once again there is to be a delay in payments.

He added: “This does nothing to restore trust or build confidence. We have had many apologies about the system. We don’t want to hear sorry again – we want action that will ensure payments arrive in a timely manner.”