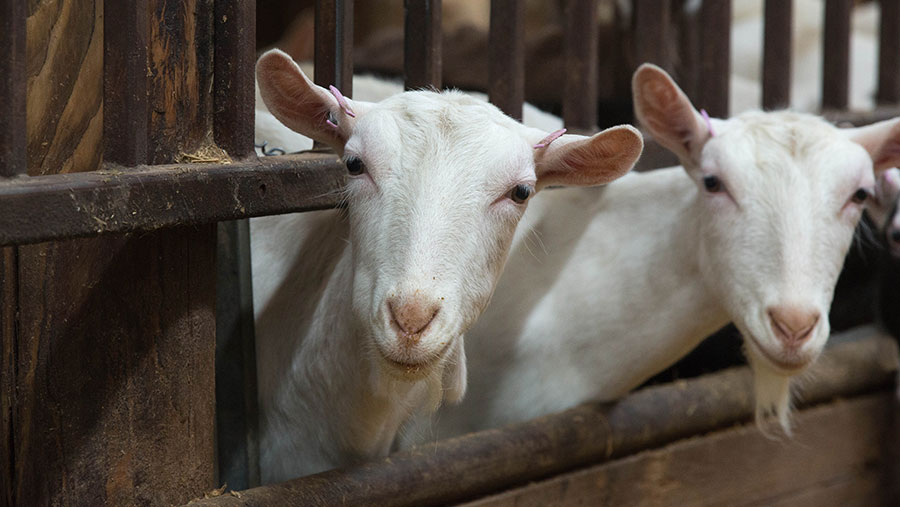 Leading goat milk company St Helen’s Farm has halted supply from one of its farms as it investigates alleged animal welfare breaches that were exposed by undercover filming.

The brand sells goats’ milk products to some of the UK’s top supermarkets using milk from eight British farms. It said it had launched a full investigation, following the video and a report published in The Independent.

The video, filmed by vegan campaign group Surge, shows goats being punched, kicked, hit with a pole and slammed on to their backs.

St Helen’s Farm said in a statement: “This video shows a clear infringement of the animal welfare standards that we would expect of all our suppliers and the footage is highly distressing and extremely concerning for us.

“We immediately launched an investigation into this matter, but at present have to stress that the material in the video has yet to be fully verified at this stage.”

Surge said legal experts at Advocates for Animals were consulted before it released the footage, and they identified potential breaches of the Animal Welfare Act and said it brought into question St Helen’s adherence to several regulatory codes and guidelines of best practice, including the Welfare of Farmed Animals (England) Regulations.

The products sold by St Helen’s Farm are stocked by major supermarkets including Tesco and Waitrose.

A Tesco spokesperson told The Independent: “We require high animal-welfare standards from all brands sold at Tesco, so these claims are deeply concerning. We have immediately suspended supply whilst we investigate the matter further.”

A Waitrose spokesperson told the newspaper it was suspending St Helen’s after reading The Independent’s article.