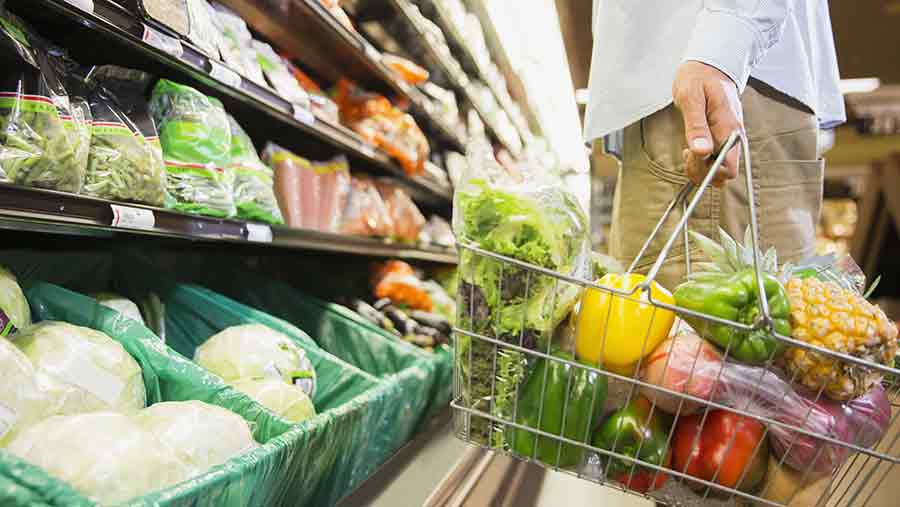 The introduction of a post-Brexit farm policy is an opportunity to increase Britain’s self-sufficiency in food, according to the NFU.

The union is warning that the UK’s ability to feed itself has stagnated over the past 15 years.

This is leaving the country exposed to the volatility of global markets and increases the risks of having to import food produced to lower standards than those required of domestic producers.

Increasing our self-sufficiency in food isn’t about closing off the markets we have in other countries. It’s about capitalising on what this country is good at – we have world-class standards in terms of traceability and animal welfare Meurig Raymond, NFU president

Today (9 August) marks the date in the calendar where the British larder would run dry if the nation was fed by British food only, the union has warned.

NFU president Meurig Raymond said he wanted to see policies put in place which would reverse the downward trend.

“For the first time in 40 years, the UK government has an opportunity to create policies that will really work for businesses in the UK. For food production to thrive in this country, we need to see policies that will stimulate a competitive, dynamic and exciting farming industry.

“Increasing our self-sufficiency in food isn’t about closing off the markets we have in other countries or being protectionist about our food production. It’s about capitalising on what this country is good at – we have world-class standards for food production in terms of traceability and animal welfare.”

Asked whether reversing the decline in self-sufficiency would be a goal of a new UK-based agricultural policy, a government spokesman said: “At every step of these negotiations we will work to ensure the best possible outcome for the British people – not least our farming community who play a vital role in our country.

“We are about to begin these negotiations and it would be wrong to set out unilateral positions in advance.”

Although the NFU has called for policy solutions to help reverse the decline in self-sufficiency, it is also possible that increased demand for British food may help to improve the situation too.

Grocery sector analysts have said retailers are likely to be looking to source more food from domestic producers as a result of Brexit.

This will help them to reduce food price rises and inflation as a result of fluctuations in currency exchange rates.