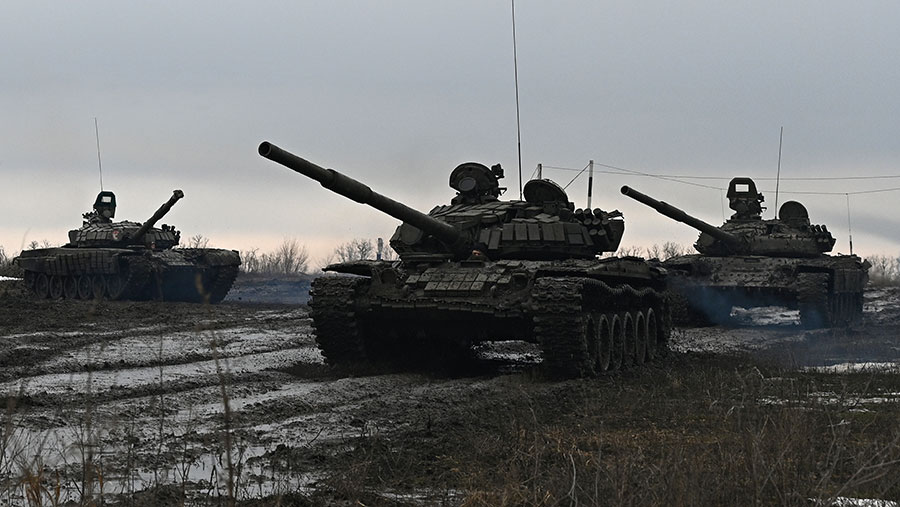 A farmer in Ukraine has given a stark account of how the war is crippling production, as fears increase about the global supply and increasing cost of food.

Kees Huizinga said there is major concern among farmers and field workers in eastern Ukraine who have not received seed deliveries and are afraid to go on their land due to the Russian occupation.

The farmer, from Groningen in the Netherlands, has spent many years in Ukraine and is now helping to share information about agriculture in the war-torn country.

“I just spoke by phone with a fellow farmer from eastern Ukraine, he is there on the spot,” Mr Huizinga wrote on his Twitter page (@DutchFarmerInUA).

“He ordered and paid for his maize seed a few weeks ago, but it has not yet been delivered. And that will no longer be delivered.”

I just spoke by phone with a fellow farmer from Eastern Ukraine, he is there on the spot.
He ordered and paid for his maize seed a few weeks ago, but it has not yet been delivered. And that will no longer be delivered.

“He actually has no alternatives to sow. He does not yet know what he will feed his cows with.

“He has 500ha of irrigation on his 1,500ha farm. It is very uncertain whether it can be used. But if he can’t sow, he doesn’t need irrigation either.”

Diesel supplies will soon run out and farmers are unable to get more because Russian troops have blocked all roads and there are “tanks on the roads everywhere”, Mr Huizinga reported.

“The agronomist [responsible for the crops] and the engineer [the machine man] live on the other side of the road in a destroyed house and cannot come to the farm; they are stopped by the Russians or shot dead as they walk through. They also have no electricity.”

Mr Huizinga said food produced on his friend’s farm is given for free to people in villages and Kherson city who need it.

Yara International has warned of a looming global food crisis and urged the international community to work together to reduce dependency on Russia.

The Norwegian chemical company buys considerable amounts of raw materials from Russia and fertiliser prices have already skyrocketed due to soaring gas prices.

Svein Tore Holsether, president and chief executive of Yara International, said: “Free flow of goods across borders has been possible in a time with higher geopolitical stability.

“Now, with the geopolitical conditions out of balance, the biggest sources of raw material to Europe’s food production are being subject to limitations, and there are no short-term alternatives.

“One potential consequence is that only the most privileged part of the world population gets access to enough food.”

Ukraine is one of the largest grain exporters in the world and Mr Holsether said farmers were at a crucial time of the growing season.

“Input factors such as fertiliser, seeds and water will determine the yield of the coming harvest,” he said.

“The most extreme calculations indicate that if fertiliser is not added to the soil, the crops can be reduced by 50% by the next harvest.”