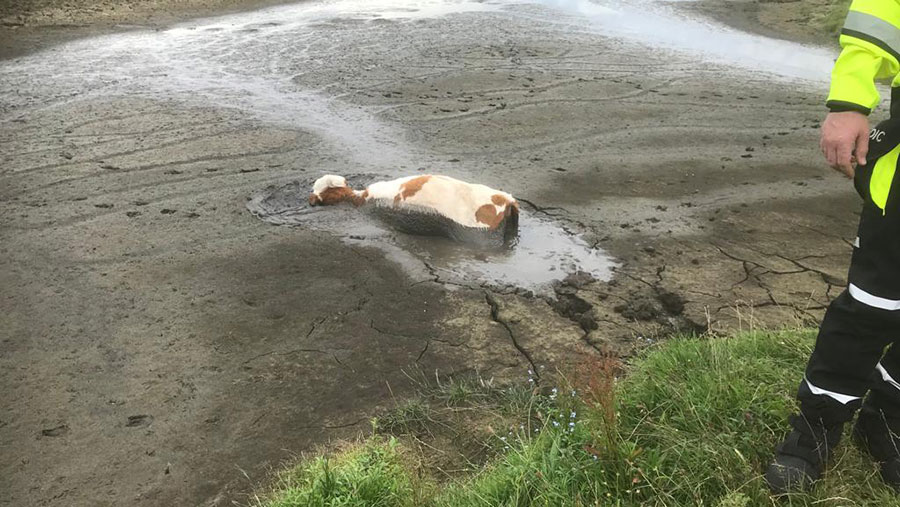 Firefighters in the north-east of England used an inflatable raft during a mission to rescue a calf stuck up to its neck in mud at Boldon Flats Nature Reserve.

The calf wandered into trouble, but was rescued by specialist teams from Hebburn, Rainton Bridge and South Shields fire stations.

The firefighters used the raft to get close to the stuck calf before loosening the mud around its neck with a lance and then pulling the animal to safety using lifting strops, assisted by the farmer. 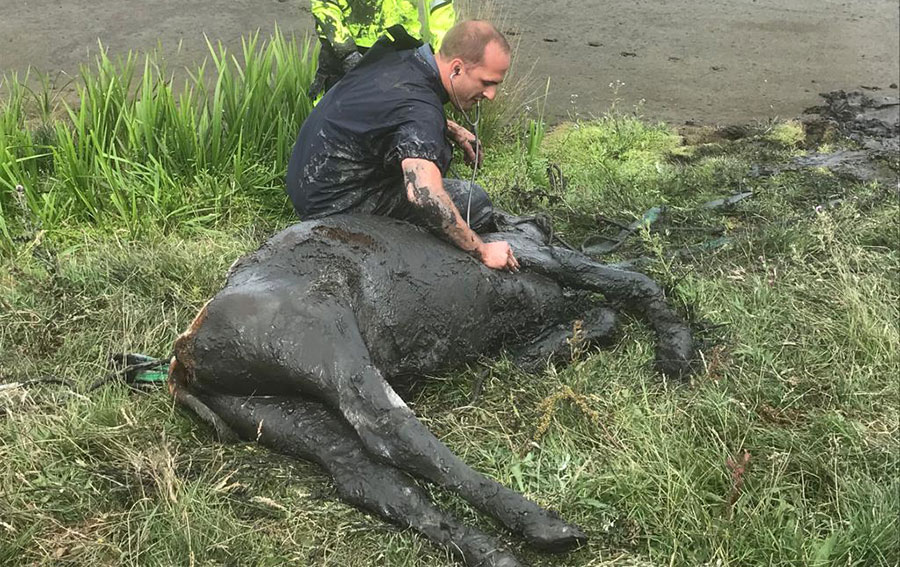 A vet sedated the calf before the complex rescue operation took place and then checked over the animal once it was free from the mud.

The rescue mission took two-and-a-half hours and the calf is expected to make a full recovery, with no long-term injuries.

Firefighters rushed to the nature reserve on Tuesday afternoon (12 July) when a member of the public contacted Tyne and Wear Fire and Rescue Service (TWFRS) after seeing the stuck calf. 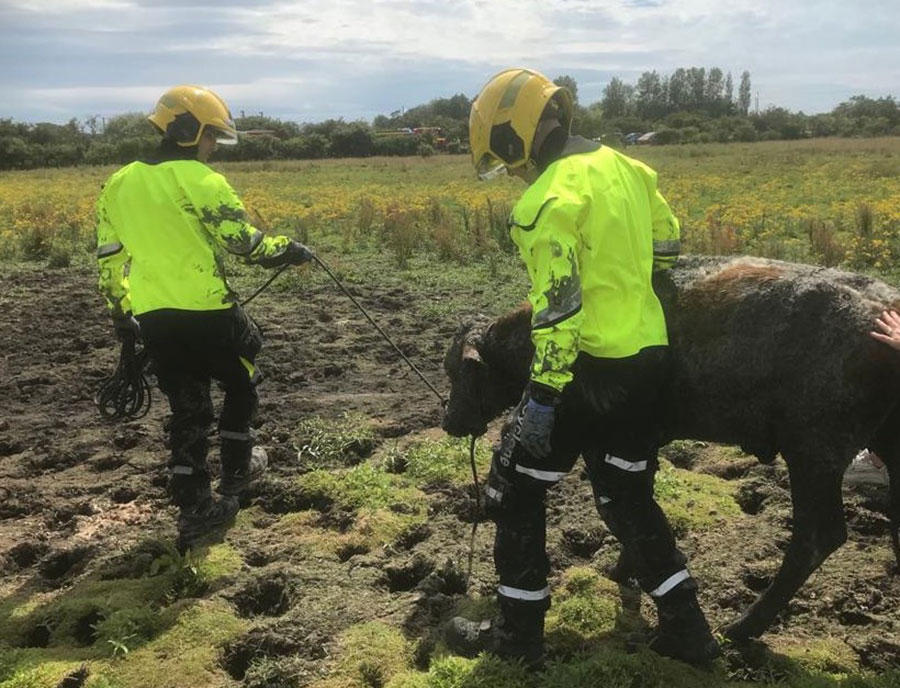 Andrew Blower, a manager at TWFRS, said: “When we got to the scene we had to assess everything around us, from the welfare of the animal through to the weather conditions and overall surrounding environment.

“We had to use our knowledge and expertise to try to free the calf without disturbing the mud too much and endangering the animal further.

“We would always urge pet or livestock owners to be careful when letting their animals roam on flatlands, as the land under foot can be unpredictable.”